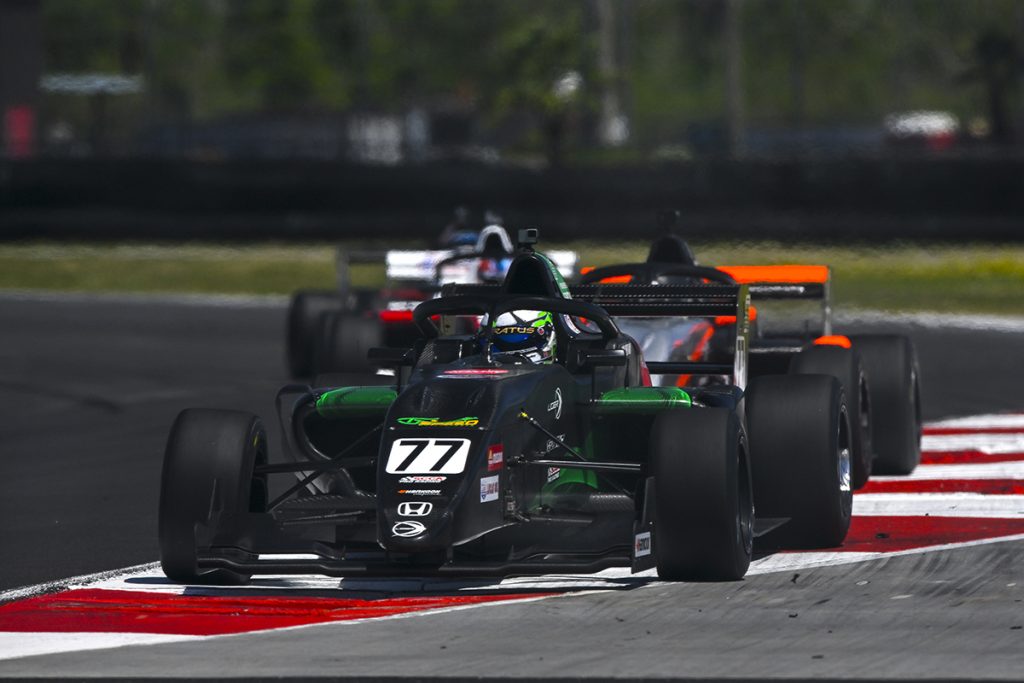 Making his FR Americas Championship Powered by Honda series debut a few weeks ago, TJ Speed and Drive for Diabetes Awareness (DFDA) driver Jason Alder left the opening event of 2022 with a podium result. Taking on the NOLA Motorsports Park facility and a strong field of FR competitors, Alder was able to steadily improve throughout the weekend closing the final wheel-to-wheel action on Sunday on the podium and with the fastest lap of the race. 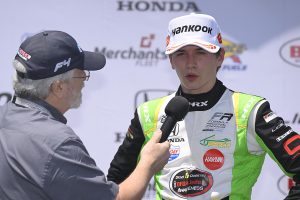 “It was definitely a good way to end the weekend and build momentum towards the next event at Road America in May,” expressed Alder. “I think the skill level of the drivers in this series this year is elevated over years past.  PMH has done a great job promoting this series and they have attracted much talent.  I am looking forward to the rest of 2022 and topping the FR Americas podium once again!”

Winning races in both the F4 United States Championship and the FR Americas Championship Powered by Honda in 2021, Alder inked two deals this off season. Signing with the 2021 FR Americas Team Champions TJ Speed, the multi-time winner has also signed a sponsorship deal with Drive for Diabetes Awareness (DFDA) and had their logo on display at NOLA.

Kicking the weekend off with a pair of test sessions prior to the one and only official practice, Alder was solidly inside the top-ten. Qualifying would see the FR Americas rookie earn the fifth fastest lap time and line up for the first race of the weekend on the inside of row three. Maintaining his start position through to the first checkered flag of the season, Alder earned a fifth place finish while scoring the sixth fastest lap time which would set the grid for race two.

Returning to the track Sunday for races two and three, Alder would gain three spots with a rocket start advancing from sixth to third before the completion of the first corner but quickly realized there was an issue with his Ligier JSF3. Unable to downshift and stuck in gear, Alder was forced to come to pit lane before completing a single circuit. With the TJ Speed team working feverishly to find the problem, the crew swapped out steering wheels and sent Jason back out to turn a fast lap time to better his starting position in race three.  Alder scored in the 13th position at race end while turning the second fastest lap of the race and earning a front row starting position for the third and final race of the weekend next to his TJ Speed teammate Raoul Hyman.

Jason did not have the best of starts in race three which cost him several positions in the run down to turn one. Putting his head down and staying focused, the #77 entry was able to move back up and into the second position to earn his first podium result of the season and the second top-five finish of the weekend.  Alder also earned the fastest lap of the race honor.

Alder added “It was an up and down weekend for sure, but we managed to recover from race two to show our true potential in race three. Finishing the weekend on the podium was great, but that makes me even hungrier for a win at the next event weekend at Road America.”

With several weeks off, Alder will return to his TJ Speed FR Americas race program over the May 19-22 weekend at the famed Road America facility in Elkhart Lake, Wisconsin.

For more information on Drive for Diabetes Awareness or to donate online, please visit them at https://drivefordiabetesawareness.org/donate.