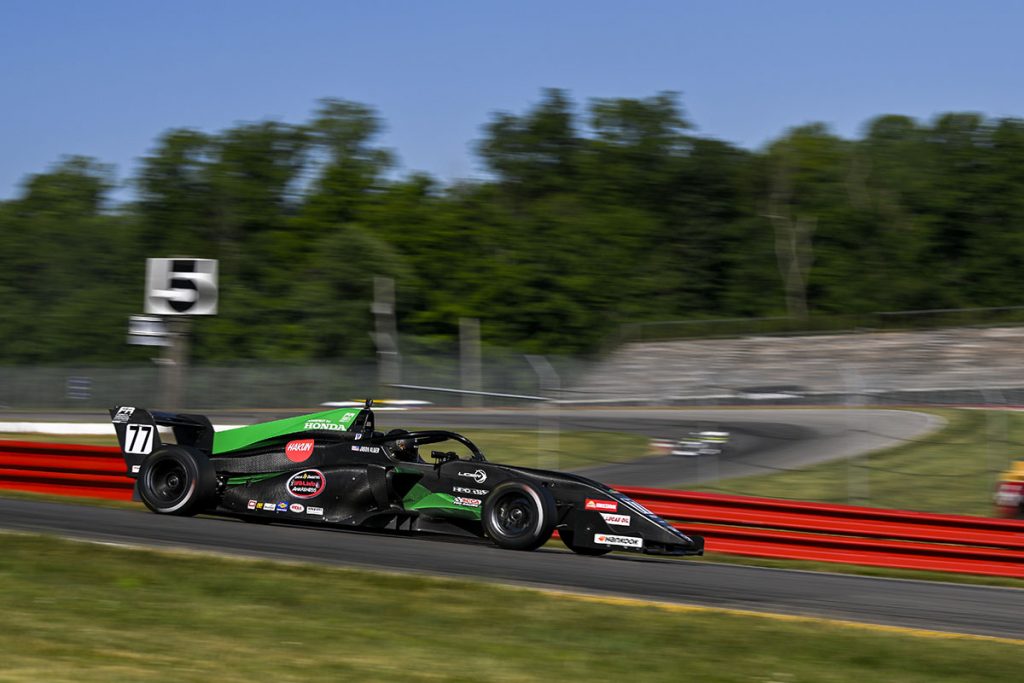 With several podiums and a race win already on his results resume this season, Jason Alder would return to action this past weekend at the Mid-Ohio Sports Car Course for the next three rounds in the FR Americas Championship Powered by Honda. Ending his weekend with three top-five finishes including a podium result in race one, Alder claimed more points towards the end of the season championship points chase. 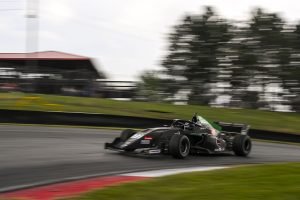 Unloading fast, the TJ Speed #77 entry of Jason Alder proved to be quick during the Promoters Test Day on Thursday. Looking to carry that momentum into Friday, a single practice session would be on the cards for the morning as qualifying ruled the schedule in the afternoon.

“It was a great qualifying effort for the team in a one, two, three sweep of the top three spots,” explained Alder, who slotted himself in between his two teammates in the second position. “Of course, I would have loved to be on top, but I would rather qualify second now and win when the races begin.”

With only three on track sessions remaining and three chances to stand atop the podium, the first wheel-to-wheel action kicked off on Saturday as Alder lined up on the outside of the front row. Initially holding the position as the action kicked off behind him, Alder was focused on the leader and maintaining pace to make an eventual challenge at the end of the race. Falling back to P3 just after mid-race distance, Alder crossed the line in third, earning another podium result in his 2022 FR Americas campaign.

Race two on Sunday morning did not go to plan for Alder as he secured a fifth-place finish. Battling hard in the 22-lap event, Alder finished a scant 1.2 seconds away from a podium result en route to the fourth fastest lap of the race. With his goals set high for race three, Alder was set to try and regain some lost championship points on Sunday afternoon.

With rain beginning to fall and intensifying before race three would hit the track, series officials deemed the final on track session of the weekend as wet and drivers were given the option to run either Hankook rain tires or Hankook slicks. The TJ Speed team opted to run on the wet tires given the rain forecast over the 30-minute race window.  The track was extremely slippery with periods of torrential downpours that culminated in lots of car slide and two spins on track that relegated Alder down to the eighth position.  But as the race continued and never giving up, Alder drove back through the field to cross the line in fifth and garnered his third top-five finish of the weekend. 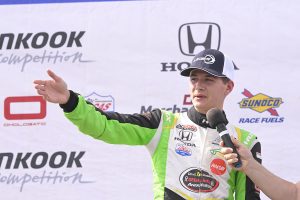 Next up for Jason Alder will be a trip back to the East Coast and the New Jersey Motorsports Park over the July 29-31 weekend.

For more information on Drive for Diabetes Awareness or to donate online, please visit them at www.drivefordiabetesawareness.org/donate.