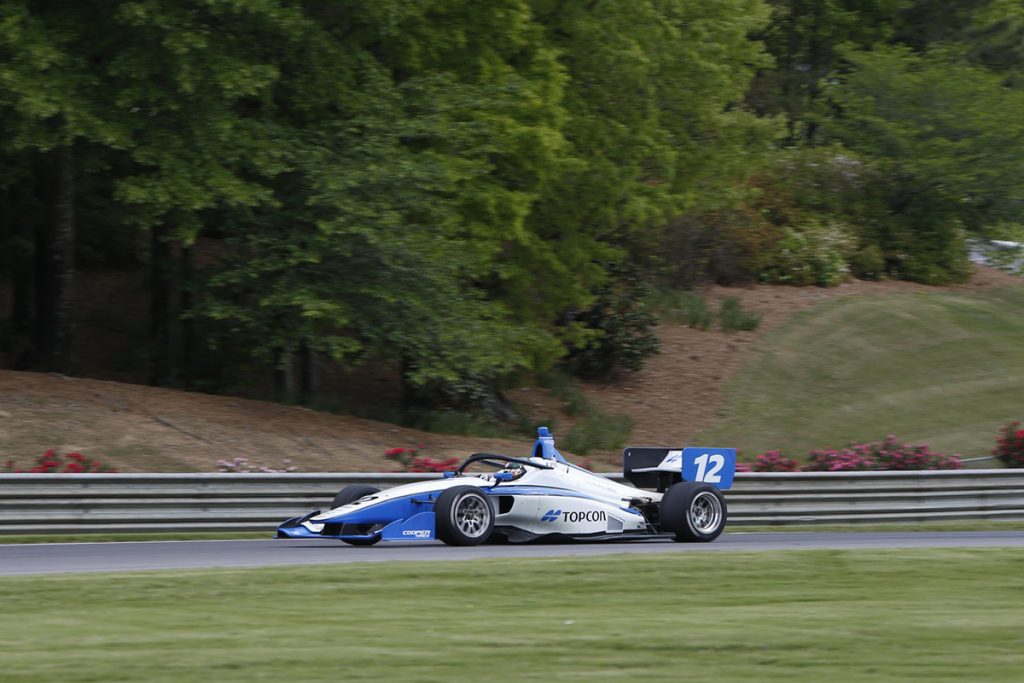 The second event weekend in the Indy Lights Presented by Cooper Tires saw James Roe Jr. and his TJ Speed program tackle the roller coaster of a racetrack, Barber Motorsports Park. In a weekend that featured a wet main event on Sunday just prior to the NTT INDYCAR Series race, Roe continued to gain experience in only his second Indy Lights event. 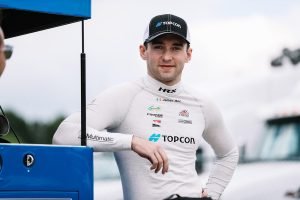 With two practice sessions prior to qualifying on Saturday, a short warmup session on Saturday afternoon would lead into Sunday morning’s second round. Working hard to come to grips with the Dallara IL-15, Roe showed pace throughout pre event testing but was a little behind when official competition began.

“Honestly, it was a bit of a messy event as we struggled to find a balance on the #12 car early in the weekend,” expressed Roe, who qualified in the 11th position. “We made some changes for qualifying which was a step forward pace wise considering we caught traffic at the peak of the run, but unfortunately we were not able to build on that Sunday.”

With the start of the race delayed ten minutes as weather moved out of the area, Indy Lights drivers were greeted with a wet, yet fast drying race surface. With competitors looking to manage their tires for a run at the end, the sun peaked through the clouds elevating the temperatures in both the cockpits and on track.

Roe continued, “Mother Nature threw a spanner in the works with torrential rain before the race. Our initial pace was good in the wet conditions, lapping quicker than many of our competitors in front, but as the track dried, we lost pace dramatically. Unfortunate to have to retire the car towards the end due to drive train noise that was getting progressively worse. No doubt the TJ Speed crew will get to the bottom of it before our test this coming Thursday. A thank you to all the fans who braved the weather and come to watch us compete. Awesome to see Barber Motorsport Park sold out.”

It will be little time off for James Roe as he will be back on track this Thursday at the Mid-Ohio Sports Car Course for a single day test. With nine cars set to take to the track, Roe will garner some track knowledge and experience prior to the event there in May.

The next event for James Roe Jr. will be at the famed Indianapolis Motor Speedway as he will compete in rounds three and four of the Indy Lights Presented by Cooper Tires May 13-14.