JAK CRAWFORD WINS IN LAS VEGAS AND WRAPS UP ANOTHER CHAMPIONSHIP

After returning from a successful October spent in Italy, ‘Jetpak’ Jak Crawford headed to the bright lights of Las Vegas, Nevada to compete in the final round of the Sofina Foods US Open. Racing in the Rotax Mini Max class with his Rotax team, Team Koene USA, Crawford would once again be assisted by his world-class Dutch mechanic Richard Hergink as the trio was able to dominate the weekend.

Back tracking a few weeks, Jak showed up in Italy with the Energy Corse racing team on a Wednesday and a few days later took first place at the Trophy of Autumn Cup at South Garda Karting in Lonato. Nearly 90 drivers participated in the cadet class, as many as the Superkarts! USA (SKUSA) SuperNationals race in Vegas later this month. 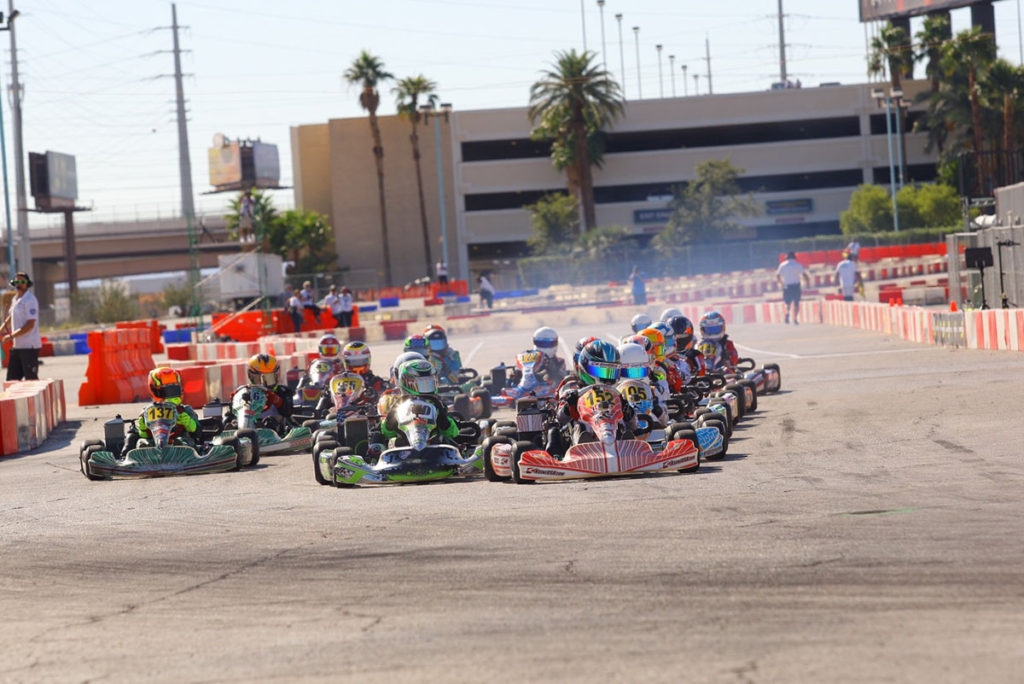 A little over a week later, Jetpak was back at South Garda Karting to try to avenge a second place finish from 2015 at the hugely attended ROK Cup International Final. Having a great week, Jak was easily one of the fastest kids in the stout field of drivers by securing a tenth place starting position out of 170 kids for the Vortex Mini ROK main event. By lap three Jak was already pushing ahead to pass for fourth when he was shoved off the course by a fellow competitor. Falling back to eighth and losing the lead pack, Crawford was able to push back forward and officially finish fifth.

Knowing if things had gone differently, Jak had the speed and skills to have won it all. For two years in a row at the Rok Cup International event, Jetpak was again the highest finishing American out of all the classes and participants. Yet, the disappointment of not winning weighed on him as he flew back to his home in Houston.
Fast forward to this past weekend for the finale round of the US Open, Jak was ready to roll when the gates opened at the temporary circuit on the ground of the Rio All-Suite Hotel & Casino on Wednesday. Trailing in the championship points by only 100 and with the final race week counting for many more points, Jak was ready for the challenge. 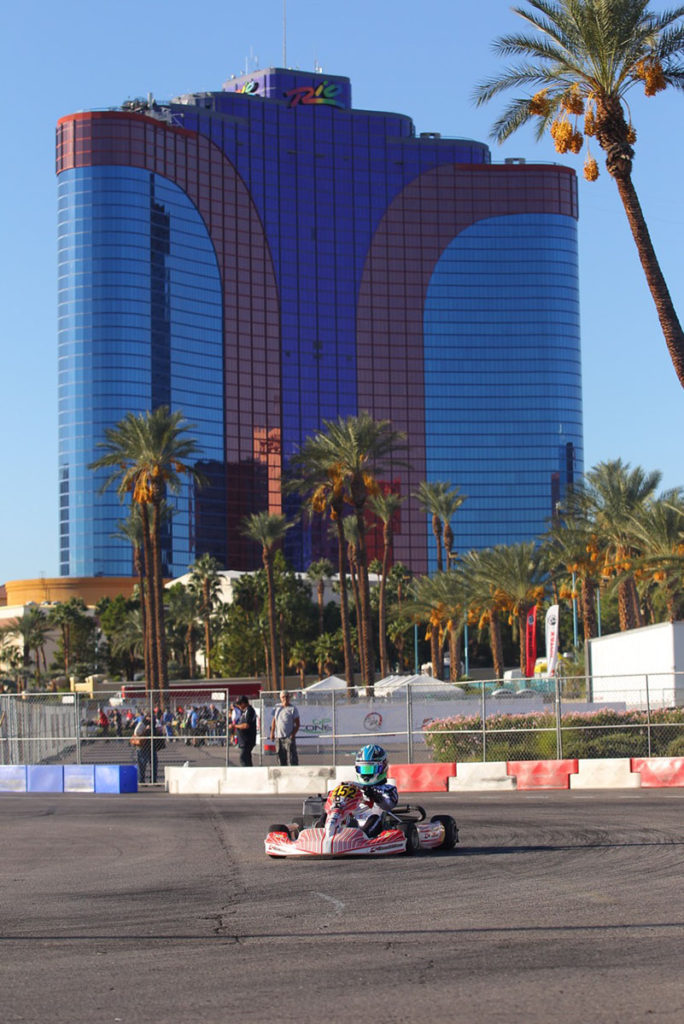 Instead of doing the hunting, the points leader in the Rotax Mini Max class moved up to the Junior category, so Jak went from being the chaser to being the chased. It was a role he was ready to play. His driving was nearly flawless and some on track issues that he and his Team Koene USA team had been working on all year finally clicked.

By the end of the US Open event on Saturday, Jetpak had scored the pole position, won all four heats, and dominated the 18-lap main event by over 15 seconds all while leading every official race lap for the entire week. It was a total sweep of all sweeps, as well as a complete tour de force for as impressive a week of racing that Jak has ever had.

Jak won the inaugural Rotax Mini Max US Open championship in 2015 as a 10-year-old and now, a year later, has become the repeat champion for 2016.

Heading back to Las Vegas this month to compete again at the SKUSA SuperNationals after securing two podiums the last two years, the only cadet racer to do so, Jak is clearly hitting his stride. He is as strong mentally and physically has he has ever been and his racing skills are still peaking.

With his one and half year old Rotax Mini Max career now over, Jak, will finish his highly successful cadet racing career on his Energy Corse chassis at the SuperNats and looks to win it all. Based on the results of the last several weeks, it would be hard to bet against him as he returns to Vegas.

For more information on Jetpak Jak, or for sponsorship or calendar inquiries, please contact Nikki Crawford at nikocraw@gmail.com. Also, be sure to like Jetpak Jak Crawford on his Facebook page at www.facebook.com/jetpakjakcrawford.