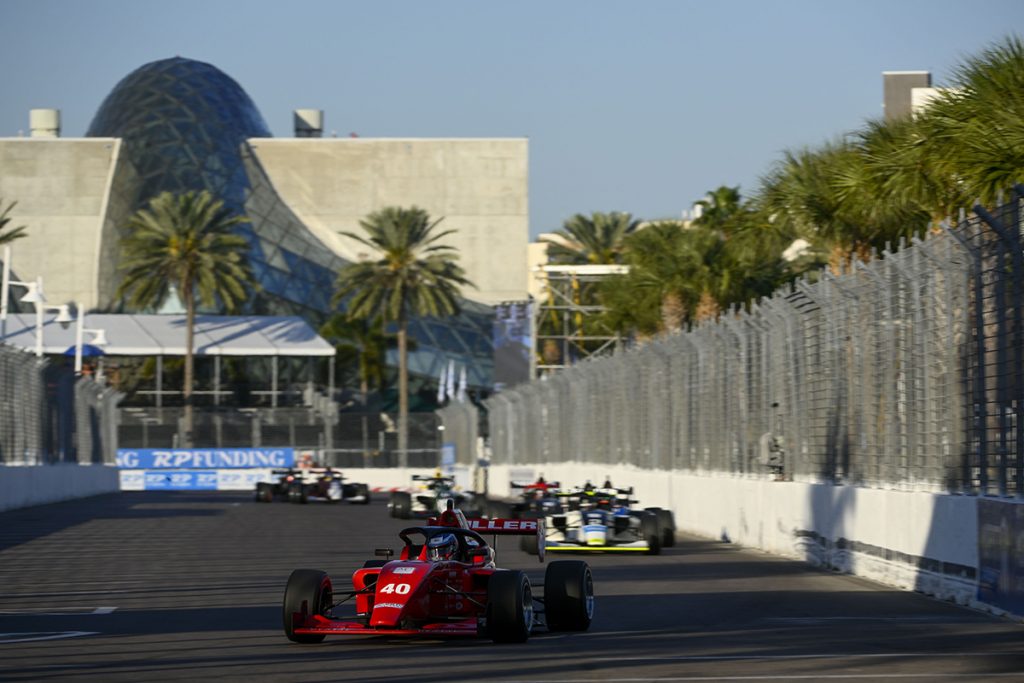 It was the opening round of the Indy Pro 2000 Championship Presented by Cooper Tires as Jack William Miller and his Miller Vinatieri Motorsports effort took on the Streets of St. Petersburg. In the annual kick-off event for the Road to Indy program, Miller closed his race weekend with eighth and sixth place finishes as he had to overcome a qualifying performance that placed him well outside the top-ten.

After qualifying in the 14th position on Friday morning, Miller would return to the track that afternoon for the first Indy Pro 2000 race of the season. Knowing that his #40 Patterson Dental entry had more speed than had been shown, the goal was to move forward throughout the 25-lap affair.

“We had a great start and took advantage of some opportunities,” explained Miller. “To move forward and finish in the top-ten was great, but tomorrow we will look to climb even further up the results sheet.”

After an eighth place result on Friday, Miller and his MVM program returned to the track Saturday morning for race two. As the first group on track at 8:00am, cooler temperatures greeted drivers as Miller looked to close his weekend on a high. Starting from the inside of row five in the ninth position, it was another drive forward for the Westfield, Indiana resident.

Miller added, “I will take eighth and sixth place results after our qualifying effort. For sure we need to improve our Q runs in the future, but to leave St. Pete unscathed and with two points scoring finishes is a good start.”

Miller Vinatieri Motorsports was also the home of another Patterson Dental corporate outing this past weekend. With several doctors, dentists and hygienists along with area reps taking in the trackside action, MVM provided a home base for the Patterson guests as they continue to ramp up their business to business program in 2022.

Next up for Miller Vinatieri Motorsports is a Road to Indy Series Test at Barber Motorsports Park March 21-22 prior to rounds three and four at the Birmingham, Alabama facility in late April.