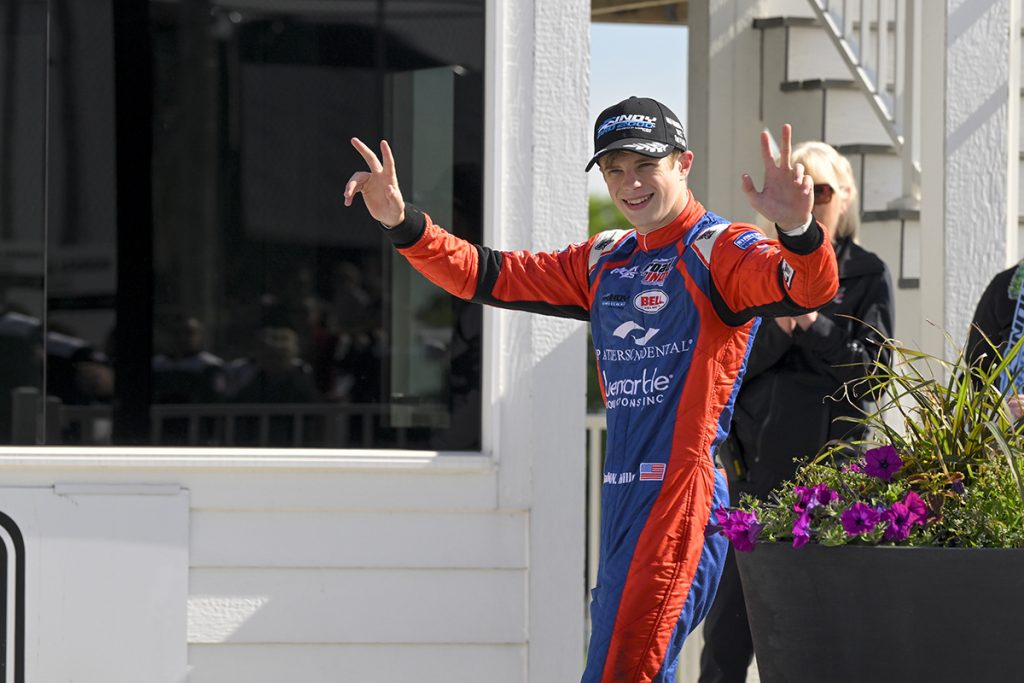 Showing speed throughout the race weekend, Jack William Miller and Miller Vinatieri Motorsports returned to the Indy Pro 2000 Presented by Cooper Tires podium this past weekend in Elkhart Lake, Wisconsin. Taking on the stout field of drivers at the famed Road America, Miller was able to overcome contact in race one on Saturday to rocket to the second step of the podium on Sunday en route to the fastest race lap. 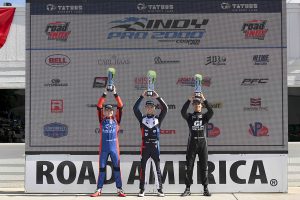 “What a great event for us,” explained Miller. “The #40 Patterson Dental machine was fast both Saturday and Sunday, but unfortunately, we were a victim of contact in race one. I owed it to the guys on Sunday and there is no better way to reward them than with a podium finish.”

After progressing through the Promoters Test Day and official practice on Thursday and Friday, Miller would qualify tenth for Saturday’s wheel-to-wheel action. Knowing that the car had more pace in it, Miller was able to quickly move his way forward as he advanced to fourth in the opening few laps. Looking racy and ready to challenge for a podium result, Miller was hit by a fellow competitor and was forced to the pit lane for repairs. Returning to the track but with the hopes of a victory dashed, the Patterson Dental backed #40 would be classified in the thirteenth position.

Sunday would prove to be much better for the Westfield, Indiana resident as a seventh place starting position turned into a P5 on the running order at the completion of only one lap. Steadily working his way forward and into the second position, Miller set his sights on the leader. Turning lap times that were consistently three tenths to half a second faster than the eventual race winner, Miller ran out of laps and crossed the line in second, his first Indy Pro 2000 podium of the 2022 season.

Miller added, “A huge thank you to the crew, Patterson Dental, Blue Marble Productions as well as Exclusive Autosport for all the help and support. I feel this could be a good turning point for us and provide some momentum for the rest of the season.”