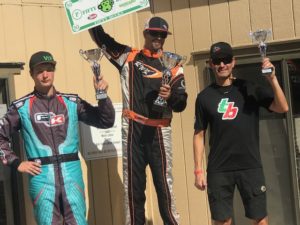 Leading Edge Motorsports, the IPK North America importer of the Praga and Formula K chassis, competed and won this past weekend at the ROK Sonoma program at the Simraceway Performance Karting Center. With drivers scattered amongst several classes, the team utilized their Praga and Formula K brands to score multiple race wins and podium results.

Stephen Eisert was a man on a mission in the Vortex Mini ROK class as he managed to sweep the weekend. Taking the pole position, heat race win and main event victory, Eisert drove his Praga chassis to the front of the field and never looked back. 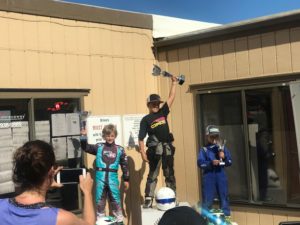 Leading Edge Motorsports and Formula K driver Casey Moyer had a trying day in the Vortex Micro ROK division as a transponder issue in qualifying forced him to start from the tail of the field. Looking to drive his way forward, some engine issues halted any progress as Greg Bell and his Leading Edge Motorsports crew went to work to diagnose the problem. Finding the problem before the main event, Moyer was able to race his way to a second place podium result.

Failing to turn a lap in qualifying, Praga pilot Chuck Hastings competed in the 80cc Masters division and, like Moyer, would start from the tail of the field. Advancing forward to win the first heat and finish third in heat two, Hastings went on to top the blocks in the main event to add another win for Leading Edge Motorsports and IPK North America. 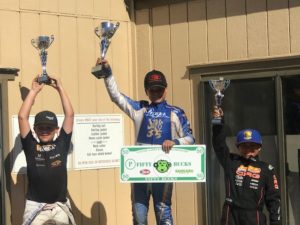 Valverde Race Performance, dealer of IPK North America, was also in attendance with a handful of competitors. Michael Avansino drove his Formula K to a pair of heat race wins and a main event victory after qualifying second earlier that morning. Zach Pettinicchi ran in the top-two in the ROK Shifter category as he qualified on the pole position and won the first heat. Looking to carry his momentum throughout the day, Pettinicchi could not hang on to the point and ended heat two in the second position before standing on the second step of the podium at the conclusion of the main event.

Valverde Race Performance drivers Arturo Pacifico came home fourth after battling hard for a podium result in class while Alejandro Marquez qualified third but failed to finish the main event after running at the front of the pack. 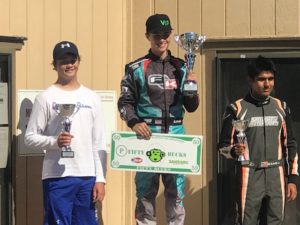 “It was a great weekend,” explained Greg Bell. “We are working hard to build the dealer network and our results are helping. We will look to finish 2018 off strong and start building a 2019 program. Stay tuned for more news and information for upcoming events.”

For more information on Leading Edge Motorsports and opportunities to join the California based team, please contact Greg Bell at LeadingEdgeGuy@sbcglobal.net or visit them online at www.LeadingEdgeMotorsports.com.