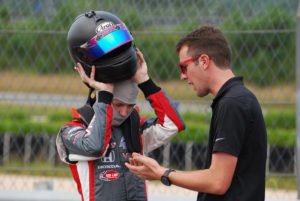 With the 2019 F4 United States Championship Powered by Honda season yet to be complete, Velocity Racing Development is showing their commitment to the SCCA sanctioned program. The elite level Atlanta, Georgia based program is pleased to announce the signings of rookie drivers Hunter Yeany and Erik Evans as the first two drivers confirmed for their 2020 campaign.

“We have an intense off season of testing planned and these two drivers are a very big part of our program moving forward,” explained Dan Mitchell. “Hunter has completed several shake down test days and is eager to get started in 2020. Erik comes to the team with a lot of potential and has the drive to do well. He is very talented and can wheel a car pretty good. He will benefit from the increased track time this off season.”

Evans comes from the karting ranks and completed a few test days at the Autobahn Country Club and Roebling Road with VRD. Showing poise throughout the test days and a decrease in lap times with each session, the youngster gained confidence and speed with each outing.

Mitchell continued, “Erik adapted very well at two different tracks. He is a quick study, but also listens and learns by better understanding data, video and how we work as a program. I am confident that he will benefit from our experiences as he enters his rookie F4 season.”

Yeany, too young to race F4 in 2019, has spent the year assisting the VRD program as a development driver. Shaking cars down before race weekends as well as completing a few on-track test days, the young driver is itching to begin his quest in his rookie season in 2020. Confident behind the wheel, Yeany will enter 2020 with one goal. 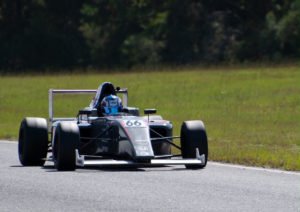 “Hunter is committed and wants to come out of the gates strong,” continued Mitchell. “He is putting in the work both on and off the track to become the best driver possible. His natural skills and abilities are proven with his outright speed, which will make him a race winner and future champion of the sport.”

Velocity Racing Development has additional programs available for both the F4 United States Championship Powered by Honda and the F3 Americas Powered by Honda Series in 2020. Interested drivers are urged to contact the team to setup an evaluation or test day.