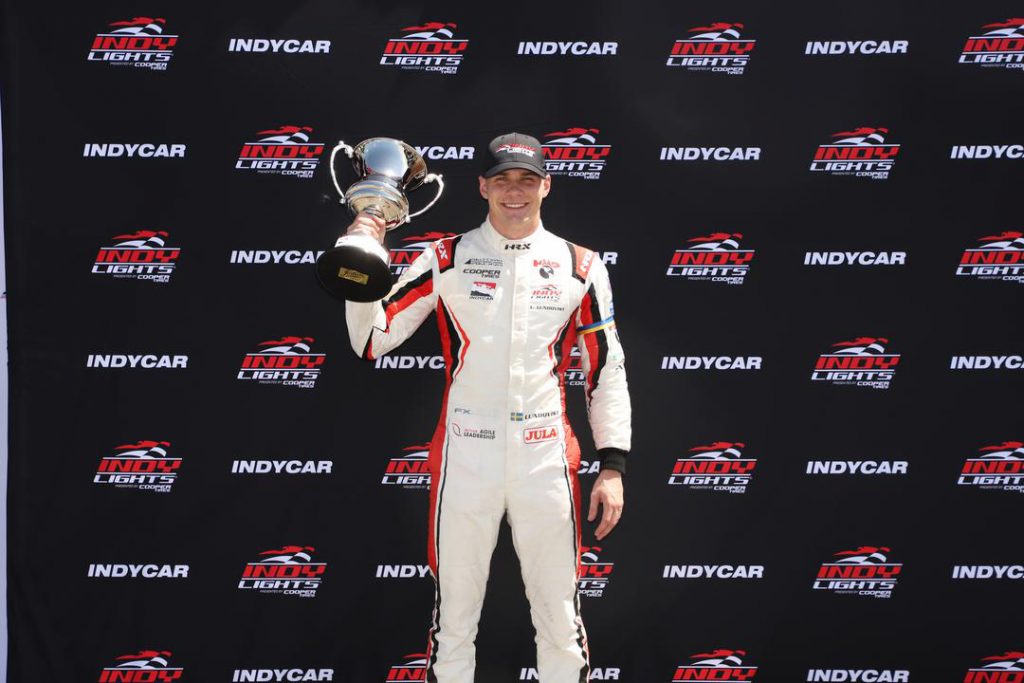 This past weekend, HMD Motorsports took on the second round of the 2022 Indy Lights Presented by Cooper Tires Championship at Barber Motorsports Park. Returning to the sight of back-to-back wins in 2021, HMD Motorsports was eager to remain on top. Back with the team from the previous year, both Linus Lundqvist and Benjamin Pedersen visited the victory podium last season and were confident they could do it again. 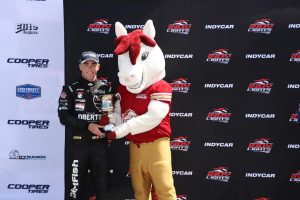 The weekend began with the team of five drivers quickly showing their speed in the two practice sessions. Danial Frost topped the charts in both sessions while Lundqvist and Pedersen both finished second and third in each session.

In qualifying, the HMD lineup took their time to build speed, but at the end of the session, Lundqvist and Pedersen topped the charts to start the race from the front row with Lundqvist on pole. Frost, who had been fast all weekend, struggled in the thirty-minute session and qualified eighth behind his HMD teammate, Manuel Sulaiman. Christian Bogle was set to start from thirteenth.

As the weather began to change overnight, HMD Motorsports arrived at the track on Sunday morning with rain and lightning in the area. While the other series that morning were put on hold, the weather gave way just in time for the race to be only ten minutes behind schedule and was declared a wet race. HMD Motorsports was prepared, however, after previously testing in the rain at Barber Motorsports Park one week prior.

Leading the field, Lundqvist attacked in the rain and began to create a gap over Pedersen as the two HMD drivers pulled away from the rest of the field. Six laps into the race, Bogle had an off as he spun on the slick surface and into the gravel as the first caution of the race came out. Bogle was able to get going again and the race resumed two laps later. 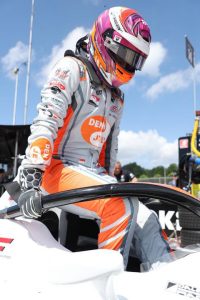 Meanwhile, Manuel Sulaiman began working his way up, eventually moving into fifth. In a close battle with Christian Rasmussen, Sulaiman was hit from behind. While he was able to continue, he suffered from a bent suspension and began to fall back through the rest of the race to finish in tenth.

Danial Frost had speed all weekend but did not have a strong qualifying session. After staying out of trouble in the first half of the race, Frost got to work as the track began to dry and began to quickly work his way up from eighth to fourth. Entering the final laps, Frost was quickly gaining on his competitor for the final step of the podium but did not have enough time to make the pass for third before the checkered came out.

Still leading the field, Pedersen began to gain on Lundqvist in the late stages of the race. With two laps remaining, the two teammates continued to battle for the win, with the pair making slight contact coming out of the final corner on the last lap of the race. Crossing the checkers, Lundqvist led Pedersen by 0.1782-seconds and HMD Motorsports claimed the top two steps of the podium.

Over the next two weeks, HMD Motorsports will remain busy, heading straight into a test at Mid-Ohio Sports Car Course later this week, followed by the next two rounds of the championship at Indianapolis Motor Speedway in two weeks. 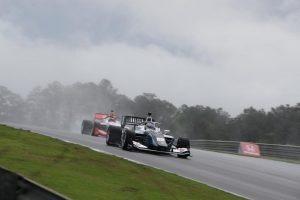 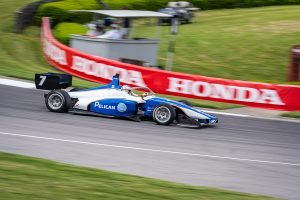