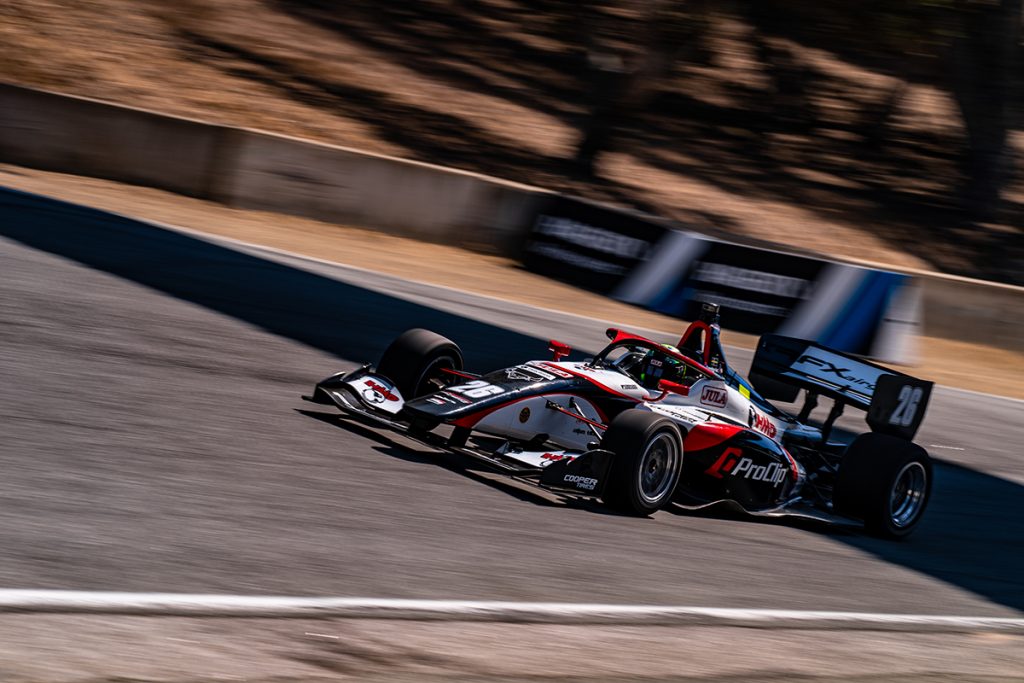 The final event weekend of the 2022 Indy Lights Presented by Cooper Tires Championship and NTT INDYCAR SERIES took place this past weekend at WeatherTech Raceway Laguna Seca in Salinas, California. While INDYCAR had one final race, Indy Lights ended the season with a double-header weekend at the 2.238-mile facility.

After a dominating season, Linus Lundqvist had maintained a significant lead in the championship heading into the weekend. While he narrowly missed clinching the championship in Portland by one point, Lundqvist only needed to complete one lap at WeatherTech Raceway Laguna Seca to officially claim the championship title.

In the only Indy Lights practice session of the weekend on Friday, HMD Motorsports with Dale Coyne Racing finished with four drivers in the top-five. While Linus Lundqvist, Benjamin Pedersen and Danial Frost have run in the front half of the field all season, newcomer and 2022 Indy Pro 2000 Presented by Cooper Tires graduate Nolan Siegel made his Indy Lights debut finishing second in his first official practice session.

While the weekend started off strong for HMD Motorsports, the team struggled in qualifying. For the first race of the weekend, Benjamin Pedersen was the team’s best qualifier in fifth. For the second race, HMD moved towards the front of the grid with Lundqvist qualifying second, Pedersen fourth, and Danial Frost sixth.

Saturday’s first race of the weekend showed little improvement for the HMD field of drivers, but Linus Lundqvist stole the show as he was officially named the 2022 Indy Lights Presented by Cooper Tires Champion after claiming five wins, four additional podiums, and six pole positions. In a dominating season, Lundqvist finished all fourteen races and finished in the top-five in all but one race. While HMD Motorsports took home the team championship in 2021, this is the team’s first driver championship since joining the series full-time in 2021.

The final Indy Lights race of 2022 resulted in a best finish of fourth for HMD Motorsports by Linus Lundqvist. Christian Bogle ended his season with a pair of top-ten finishes and Nolan Siegel capped his first Indy Lights event weekend with a ninth and tenth place result after putting up strong battles with full-time series competitors.

“It was great to win the title, but we do have some work to do at tracks like Laguna Seca,” explained General Manager Mike Maurini. “With the repave coming this off-season, it will be a fresh slate for next year’s race, and we are much looking forward to that.”

While the 2022 season just concluded, plans for 2023 are well underway. Recently announcing an expansion to eight entries in Indy Lights next season, follow along with HMD Motorsports in the coming weeks and months as driver announcements for the 2023 Indy Lights season and exciting plans for the future are announced.