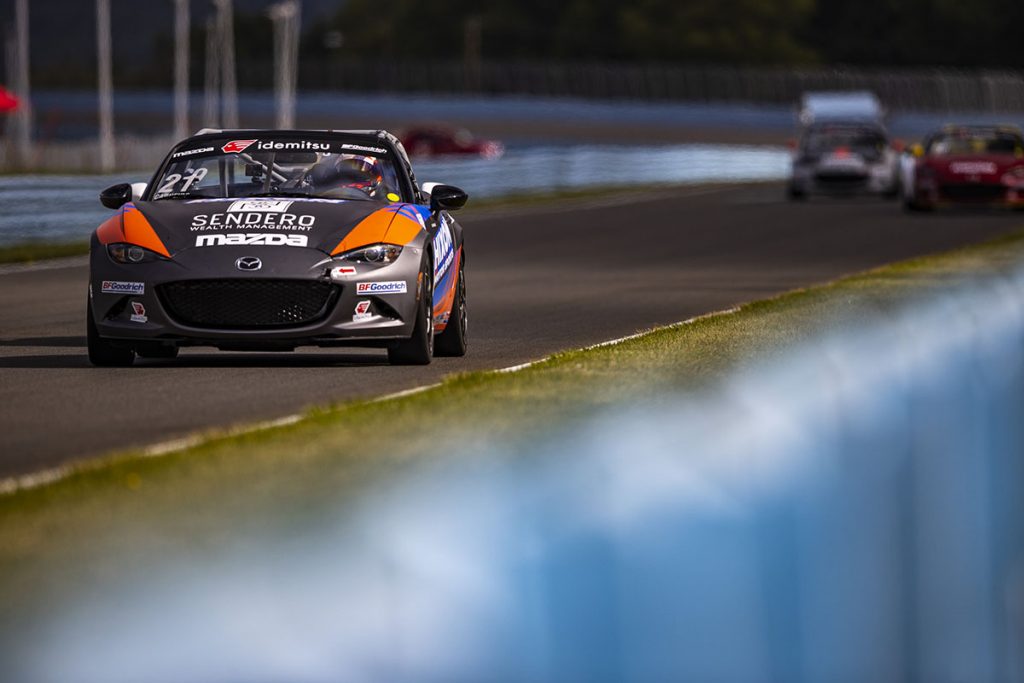 It was a trip to the famed Watkins Glen International Raceway for Hixon Motor Sports (HMS) this past weekend for rounds seven and eight of the Idemitsu Mazda MX-5 Cup (MX-5 Cup) presented by BFGoodrich Tires. Taking on the 3.4-mile, 11-turn facility, HMS drivers flexed their muscles in qualifying putting three in the top-five including rookie Connor Zilisch on the inside of the front row as he scored his first career pole position in MX-5 Cup competition. While the first race of the weekend did not go well, HMS returned Saturday for race two to earn a podium finish and put three drivers in the top-six when the checkered flag flew. 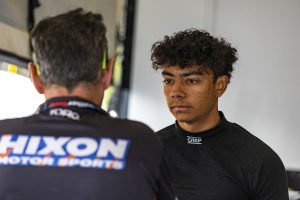 Progressing through a pair of practice sessions where the Hixon Motor Sports drivers had time to fine tune their machines, several of the team drivers showed the pace needed to run at the front of the field.

“Our practice pace was good and the crew worked hard on all HMS cars to provide the best setup to be fast and that transitioned into a great qualifying effort for the team,” explained Bryan Hixon. “The drivers learned a lot from our coach, Andrew Carbonell. We love that our drivers are coachable and apply what they learn and improved their lap times throughout the Watkins Glen event. The first race did not go our way but race two on Saturday was a lot better for us as a team and for our drivers in their specific points chases.” 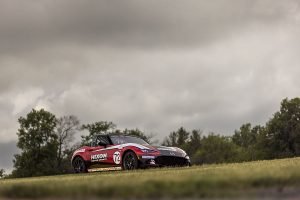 The official qualifying session would kick off a great start to the weekend for Hixon Motor Sports drivers as a trio of them would find their way to the top-five of the results sheets. Rookie Connor Zilisch led the way to earn his first career series pole position with teammate Bruno Carneiro and Selin Rollan slotting into third and fifth behind him. Bryce Cornet would claim the inside row six starting spot with Ethan Tyler and Dante Tornello looking to move forward from their starting positions once wheel-to-wheel racing would begin.

Unfortunately, once racing got underway in race one, things would go south in a hurry for the HMS contingent. With both Zilisch and Carneiro leading early, Zilisch’s race would end two laps from the end as he encountered contact with the wall at the exit of the bus stop. Earlier on in the 17-lap race, Rollan would be forced to retire his HMS entry and eventually be classified in 28th, just one position behind Tyler who also found trouble in race one. While Carneiro led early and looked good for a podium result, the rookie fell victim to a poor restart but held a position in the top-ten to cross the line ninth, third amongst the rookie candidates. Bryce Cornet ran a consistent first race to finish where he started in the eleventh position while Tornello drove forward to finish 17th, his best result to date of the short 2022 race season. 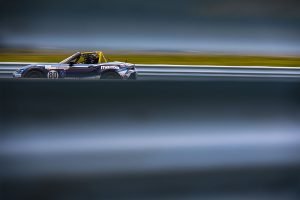 Returning to the track on Saturday for race two and looking to rebound from their disappointing results the day prior, it was Bruno Carniero who led the HMS contingent. Battling at the front of the field and crossing the line in the second position, Bruno earned his first career series podium finish and was one of three Hixon Motor Sports drivers to finish in the top-six. Bryce Cornet narrowly missed the third and final step of the podium earning himself a fourth-place result while Connor Zilisch, who was forced to start from the tail of the field in a backup car, drove from 29th to sixth. Selin Rollan kept his championship hopes alive with an 11th place finish while Dante Tornello and Ethan Tyler crossed the line in 22nd and 25th respectively. 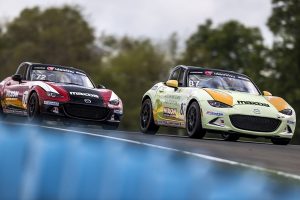 Hixon added, “It was good to finish the weekend strong and carry that momentum to our next event which is just a few days away. It is a quick turnaround for the team but they are all professionals and will have everything back to 100% in no time.”

Tune into www.IMSA.TV to watch the next two races at Road America with live commentary: 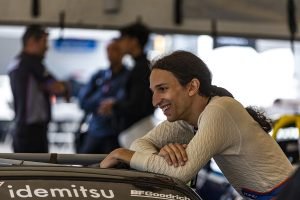