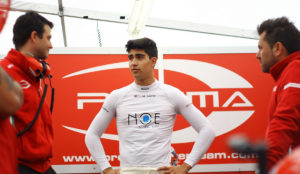 It was a character building weekend in Klettwitz, Germany at the famed Lausitzring as JM Correa and Prema Team would show speed, but lacked luck in the second event weekend of the ADAC Formula 4 Championship. Closing the weekend with 22nd, eighth and 11th place results, the young American will now begin preparations to the next event in less than three weeks.

“It was a difficult weekend for us as I was involved in a pair of incidents, under no fault of my own, that hurt my finishing results,” expressed Correa. “In both instances, the other drivers received penalties, but it doesn’t help me with my results. Very frustrating.”

Entering the weekend on the strength of three top-five results in the past three races, Correa started the weekend off showing top-ten speed in testing before seventh and eighth place qualifying runs for rounds four and five of the ADAC program.

Correa continued, “We were a bit unlucky in qualifying as a mistake on my final and fastest circuit forced me to abort what could have been my quickest lap of the session.”

The first round of the weekend would begin with contact on track after the American driver was hit and forced off the circuit by a fellow competitor. Eventually needing to retire from the event, Correa was classified in the 22nd position. The Prema Team driver would rebound in round two and garnered a solid eighth place finish as he looked to turn the weekend around. 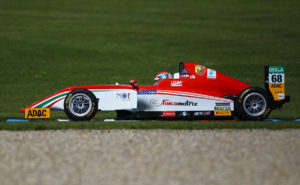 With finishing positions from round one setting the starting grid for the third round of the weekend, Correa was forced to start near the tail of the field for the final wheel-to-wheel battle. Falling back on the start due to the aggression of some over anxious competitors and having to come from last after the opening lap caution, Correa had a spirited drive forward overtaking and recuperating up to the 11th position. The Prema Team driver was also able to hold off opposition while under tremendous pressure which showcased his brilliant defensive driving skills and when the checkered flag flew, he was able to secure a satisfying result, advancing forward more positions than any of his peers.


JM Correa would like to thank all his marketing partners in 2017. A big thank you to Prema Team and their team supporters as well as Theodore Racing, Motorsport.com, US Performance Academy, Faico-Motriz, NOE Sushi Bar, Ravenol, Bell Helmets and Sparco.