GREAT TURNOUT TO KICK OFF THE YACADEMY WINTER SERIES BY HANKOOK 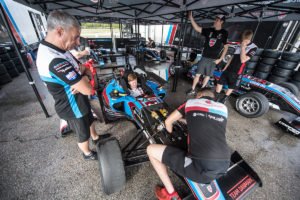 Yesterday marked the start of the ten-day Yacademy Winter Series in Florida. With cars from nearly every single open wheel class in the United States, the turnout for day one has been great and included cars from F4, USF2000, Indy Pro 2000 and Indy Lights.

“With multiple teams from several different series in attendance, drivers have come from Moscow to Los Angeles to join us in this beautiful Florida winter to kick off their 2020 season preparation,” explained Gustavo Yacaman. “Weather forecast for the next week will have us with lows of 50 and highs of 75 and clear sky proving Florida the best place to test during the wintertime. Rookie drivers are getting their first experience in the cars and seasoned drivers are preparing their 2020 campaign with a lot of time in advance to become challengers in their series.” 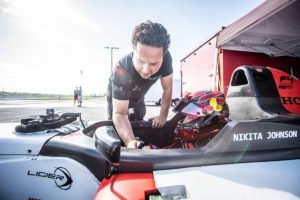 “I think the Yacademy Winter Series is a great concept and idea. It helps keep the drivers active during the winter months and behind the wheel of a race car,” explained Louis D’Agostino, Engineer for Jay Howard’s Driver Development. “It is great to have so many other teams here as we can compete against other teams and drivers in terms of lap times but still have a competitive program to run in the winter.”

“This is our first time with Yacademy, and I really like it. I think it makes a lot of sense, and we have asked before, at least on my team, on when we would have a program like this,” explained Juncos Racing’s Ricardo Juncos. “It is nice when we have a set schedule and the time to work. The track is open, and it is easy to test and simulate a race weekend all the way down to even the lunch break. I am very happy, and this is something we need. Hopefully this is able to grow even bigger, but I am impressed. From the track time to the cost to the food and catering, this is really good for the sport and takes a lot of stress off the teams and owners. Also, this is a great value for the drivers and a huge opportunity for drivers in any series around the world.” 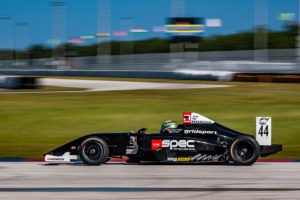 Yacaman added, “The goal of our program is to increase track time for all competitors, and it seems as if all team owners and managers are excited about our efforts.” 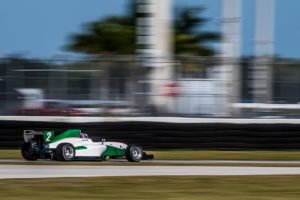 The champion of the first Yacademy Winter Series in F4 will earn four sets of Hankook Tires. The prize doesn’t necessarily need to be held only by the driver but can be handed down to the team which the driver raced for to further reduce running costs. Additional prizes will be announced in the very near future.

The Yacademy Winter Testing Series will be promoted by RTD Media and Management.