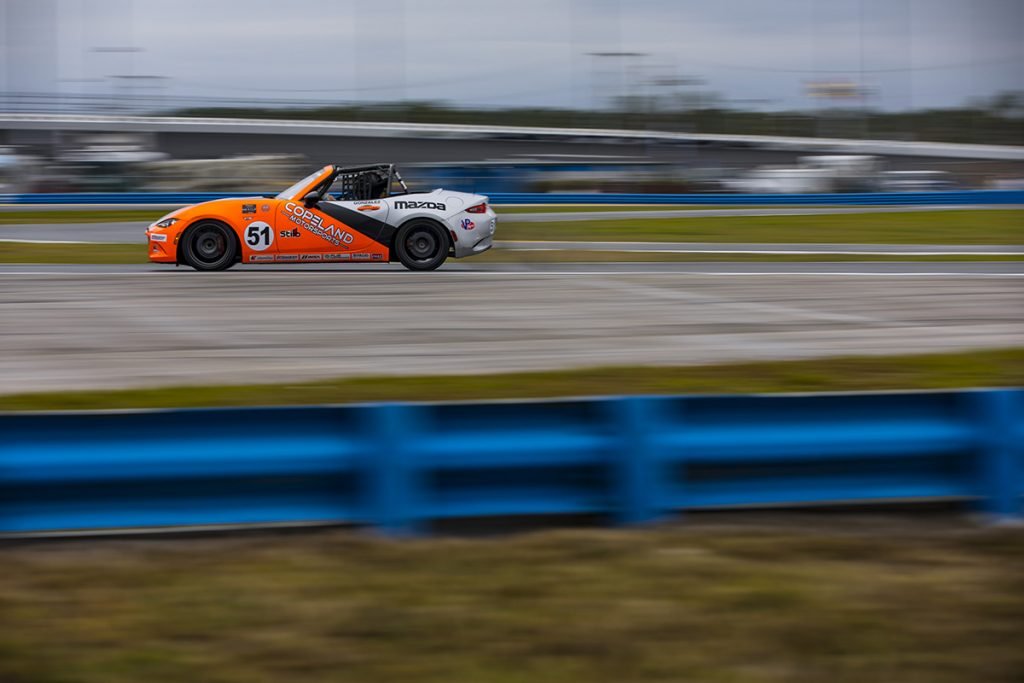 It was the opening weekend of the 2022 IMSA race season and it was a winning one for Floridian Tyler Gonzalez. Competing in both the Idemitsu Mazda MX-5 Cup Presented by BF Goodrich and the Michelin Pilot Challenge program, Gonzalez added a pair of top-five results including a win with Copeland Motorsports in the first round of the Mazda MX-5 Cup. 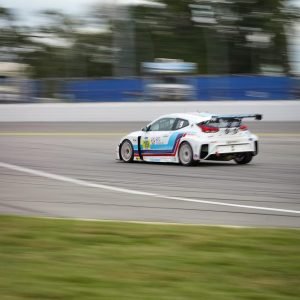 “What a way to start the season in both series,” explained Gonzalez. “To win in Daytona is an incredible feeling, and I hope that this is the first of many wins this season. Unfortunately, race two did not go as we would have wanted, but that just makes us hungrier for future events.”

After qualifying in the twelfth position on Thursday morning, the late afternoon race was one for the ages amongst the MX-5 Cup competitors. With a damp track and rain falling for most of the afternoon, Gonzalez took advantage of the slick conditions advancing forward six positions in the opening lap. Continuing to work his way forward and leading laps mid-race, Gonzalez started the final circuit in second and held his position for 98% of the lap. In a high-speed game of chess, Gonzalez moved his Copeland Motorsports entry to the bottom in the four wide drag race to the checkered flag taking the victory by a scant .062.

Gonzalez added, “The Copeland Motorsports guys nailed the setup, and it was win number one of the season. We also had two drivers in the top-ten so a great day for the team.” 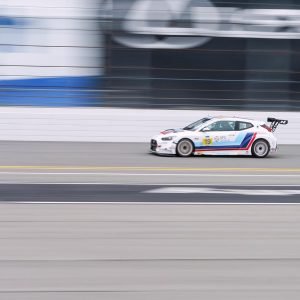 With race two taking place on Friday morning, Gonzalez would look to do the same as he did in race one. Starting eighth and falling to P10 in the opening lap, the #51 began his march forward. Making a move into turn three, a fellow competitor forced the issue into turn four before contact was made. Race officials put Gonzalez at blame and issued a penalty that relegated him to 20th on the results sheets in a race that featured multiple caution periods.

Racing with the Van Der Steur Racing program in the IMSA Michelin Pilot Challenge, Gonzalez would flank Rory Van Der Steur in the single car effort. Piloting a Hyundai Veloster N TCR to a P12 starting spot, Gonzalez and Van Der Steur were able to make their way forward throughout the four-hour race. Biding their time early to save the car for late in the race, the #19 entry was able to take advantage of some other drivers’ misfortunes. Progressing through multiple pit stops and driver changes, Gonzalez and Van Der Steur steered their machine to a fifth place result in the first race together. 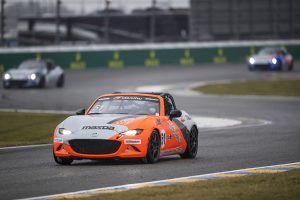 “It was our first race as a driving duo and to leave Daytona with a top-five is pretty awesome,” added Gonzalez. “For a privateer team with only one car, I think we performed the best we could and scored a great result to open the season.”

With the first event weekend now complete, Tyler Gonzalez will shift his focus to the Streets of St. Petersburg for his next event at the end of February.