GONZALEZ DOUBLES UP IN DAYTONA TO START 2022 CAMPAIGN 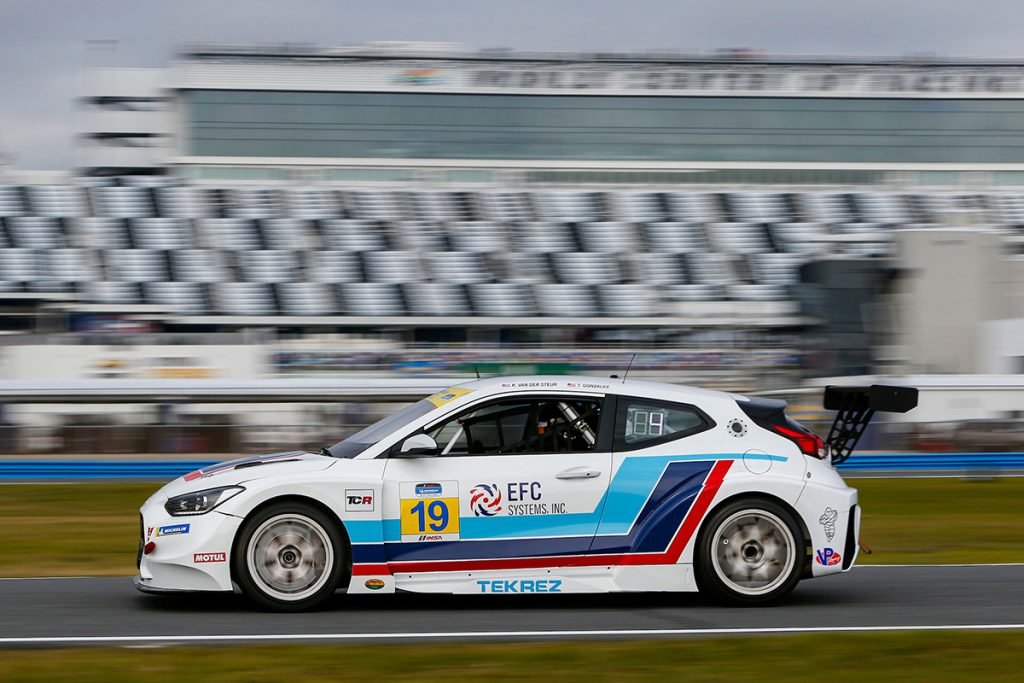 Tyler Gonzalez is doubling up his driving duties this weekend at Daytona International Speedway. In a lead-up to the famed Rolex 24 Hours of Daytona, Gonzalez will enter both the opening round of the Idemitsu Mazda MX-5 Cup Presented by BFGoodrich and the BMW M Endurance Challenge at Daytona for the IMSA Michelin Pilot Challenge.

Returning to the series for the second year, Gonzalez will enter the IMSA Michelin Pilot Challenge with Van der Steur Racing in the Hyundai Veloster N TCR with copilot Rory Van der Steur. After a pair of podium finishes last season, Gonzalez will be going into his sophomore season with his eyes focused on the top step of the podium.

“Even though the 2021 season ended just over two months ago, I am very excited to get 2022 started,” stated Gonzalez. “I had a strong season last year, but we were plagued by a little bad luck. I am excited to continue building on and improving on the strong finishes we had towards the end of last year. Partnering with Rory in his Van Der Steur Racing efforts will be a new challenge, but we are up for it.”

For the fourth consecutive year, Gonzalez will also be teaming up with Copeland Motorsports. Previously competing together in the Mazda MX-5 Cup in 2019, Gonzalez and Copeland Motorsports return to the series for a full-season effort, beginning this weekend at Daytona for a doubleheader race weekend.

“The Copeland Motorsports team has become my family over the last four years, so to be returning with the team is very exciting,” Gonzalez continued. “While I grow in my racing career, it is nice to see familiar faces around and supporting me. The team has built a strong MX-5 Cup program, and I am confident that we will be a dominant force this season.”

With over ten hours of track time, split between the two series, Gonzalez is starting his 2022 season off with a busy event weekend. After multiple practice and qualifying sessions, Gonzalez will take the green flag three times this weekend – once on Friday and twice on Saturday.