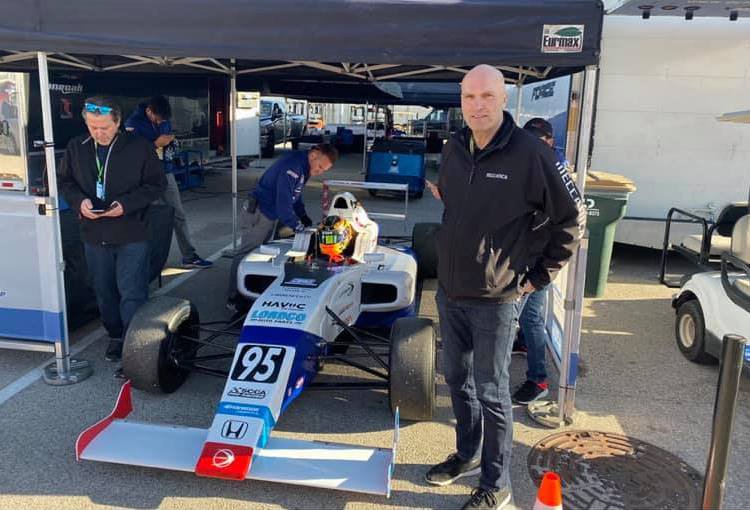 Continuing a relationship that was born earlier this season, Francois Doran and Jerry Kroll will continue their collaboration in the 2022 season. Stepping up from regional level competition this past year, Doran-Kroll Competition is set to enter both the FR Americas Championship Powered by Honda and the F4 United States Championship Powered by Honda alongside the Exclusive Racing promoted Formula Pro USA Winter Series.

“It is a big day for us as we step up to the national level of competition this coming year,” explained Doran. “We will continue to push through the winter months with our test program and racing out here on the West Coast in an effort to be 100% for the start of our first national campaign.”

Owning and operating Doran Motorsports Group, 2021 saw a collaboration with Jerry Kroll and a name change to Doran-Kroll Competition. With Doran operating, controlling and the sole decision maker for the race team and company, Kroll will continue his role in finding new team partners, financial alliances, and sponsors for both the team and drivers.

Doran continued, “Jerry’s involvement with the team has been phenomenal since 2019. He’s got a very impressive business track record, and I feel very privileged to be able to lean on him for support and guidance. Jerry is very well known, connected and well respected in the motorsports industry, and he has opened a lot of doors, for not only the team, but for our drivers as well.”

Hailing from Vancouver, Canada, Kroll is a Canadian Businessman and the Founder of ElectraMeccanica Vehicles Corp. (Nasdaq:SOLO). Jerry grew up near the famous Westwood racetrack in British Columbia and watched 1970’s Formula Atlantic races featuring Gilles Villeneuve, Keke Rosberg, Bobby Rahal and many other legends. Jerry has acted as the sponsorship agent for Stefan Johansson, Scott Dixon, Greg Moore, Scott Sharp, and many other top-level racers and now manages Marco Kacic Racing Inc., who he believes is the next big name in top level motorsports. Besides racing SCCA Formula Enterprise and his own innovative electric cars, Jerry is also a private pilot and has run more than forty marathons to date, including five Boston Marathons.

“Building on a solid foundation of results and teamwork in 2021, I feel the prospects of a big step forward in 2022 are there,” explained Jerry Kroll. “Doran-Kroll has achieved a winning chemistry among the whole team, and a culture of attention to detail that really makes the difference between winning consistently or just winning when the cards happen to fall in your favor. I’m looking forward to bringing great value to our sponsors and advancing the careers of our roster of extremely talented drivers.”