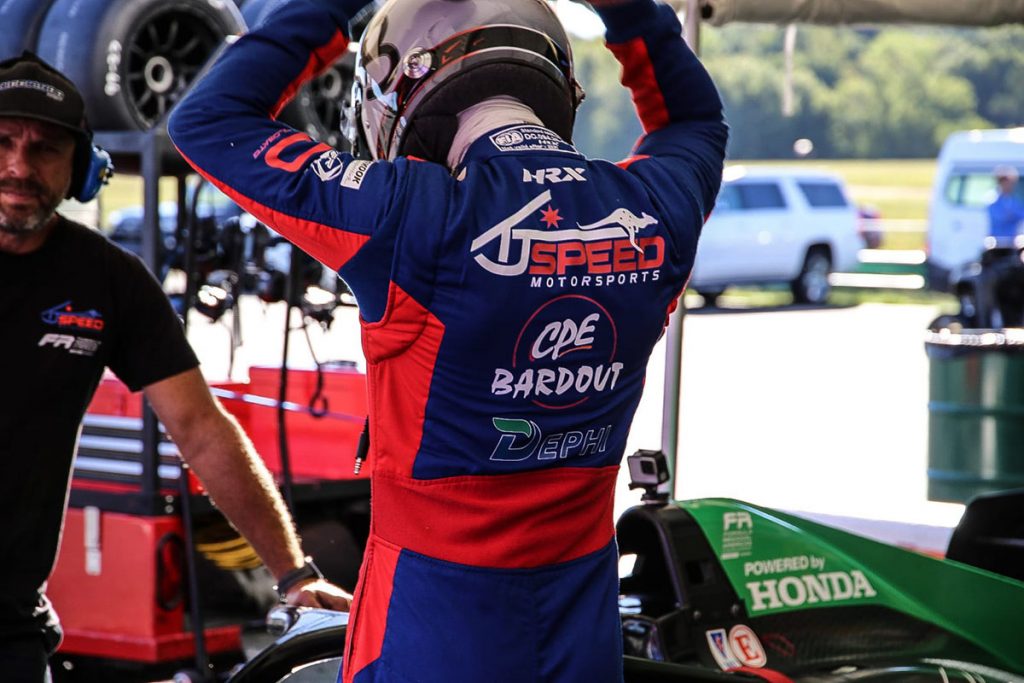 With the 2021 FR Americas Championship Powered by Honda ending, TJ Speed has a few boxes still to check. Having already earned the FR Team Championship, Kyffin Simpson is on the verge of earning his first FR Americas Drivers Championship as TJ Speed aims to have three drivers in the top-five of the championship points table after the final checkered flag flies on Sunday.

“It has been a great season with a lot of success, but that job is still not done yet,” explained TJ Speed’s Tim Neff. “We came out of the gates pretty strong at Road Atlanta and would like to finish the season the same this weekend in Texas. We just need to execute and finish every lap, and we should be in very good shape.”

Set to take on the 3.427-mile, twenty-turn road course, TJ Speed will enter four drivers in the Austin Speedtour event. Kyffin Simpson controls his own destiny in the championship as he sits atop the standings with three wheel-to-wheel races remaining. With a maximum possibility of seventy-five points, Simpson needs only ten points throughout the three races to be crowned champion. Varun Choksey currently sits fifth in the championship, only eleven points from third and has come into his own as of late as he looks to have a late season rally and end up on the championship podium.

Canadian Logan Cusson started the season off strong with a podium result and sits sixth in the points table. Like his teammate Choksey, Cusson will be looking for a point scoring weekend to potentially leapfrog three drivers into the third position. Baptiste Berthelot will continue to gain his knowledge and experience on North American circuits and will visit COTA for the first time this weekend.

Neff continued, “What is pretty cool this year is that all four of our drivers have stood on the podium this season at least once. We work hard for every one of our drivers and that is proven by the success we have had across the board.”

Stay tuned to the TJ Speed social media pages for news, information, photos and result from the Circuit of the Americas this weekend.