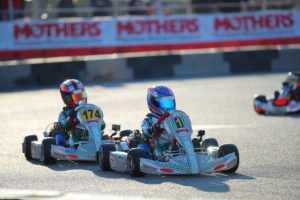 With more than 50% of the chassis from the OTK family, the worldwide popular kart brand racked up twenty-one podiums including four victories at the 2019 Superkarts! USA (SKUSA) SuperNationals in Las Vegas, Nevada. Showing their strength in all classes, race wins and podiums came from the youngest drivers at the event to the ultra-fast gearbox classes. 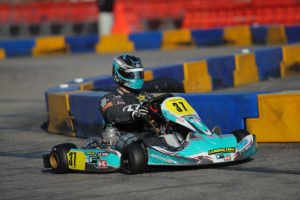 “Congratulations to all of the victors and podium winners aboard OTK branded chassis,’” expressed OTK USA’s Luis Ruibal. “A big shout out and congratulations to Leading Edge Motorsports driver Daniel Formal who also secured the top step of the podium in the KZ class with Factory Vortex power. Congrats to Kai Sorensen in Mini Swift, Brent Crews in 100cc Junior, Pauly Massimino in 100cc Senior and Zachary Claman DeMelo, who won a dramatic X30 Senior main event, as these four drivers added SuperNationals Champion to their resumes.”

Pauly Massimino (Kosmic / Mike Doty Racing) was one of three OTK drivers to reach the podium in the 100cc Senior class as he took top honors to score the biggest win of his karting career. Austin Osborne (Tony Kart / Iron Rock) was able to join him with a solid drive to P3 while Michael Michoff (Kosmic / Rolison Performance Group) ended his weekend in the fourth position. 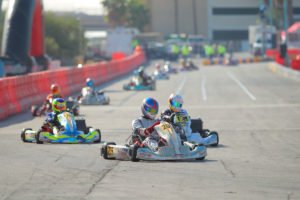 Kai Sorensen (Tony Kart / Supertune) and Enzo Deligny (Tony Kart / Supertune) made it a 1 – 2 finish for OTK in the talent filled Mini Swift category. The pair of drivers worked together to draw away from the rest of the field and make it a two-kart race for SuperNationals glory. In the other Cadet class, Luis Umana (Exprit / AM) made the OTK family proud by securing a fourth place result in Micro Swift.

The always fast Brent Crews (FA Kart / Kart Sport North America) found his way to the front of the 100cc Junior field to claim the checkered flag on Super Sunday as he was joined on the podium by another two OTK entries. Cole Morgan (Tony Kart / Supertune) and Max Opalski (FA Kart / Ryan Perry Motorsports) had spirited drives in the main event and ended their weekends in fourth and fifth respectively 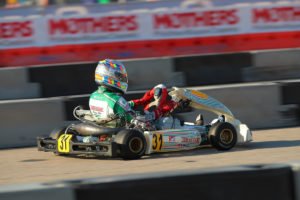 It was OTK domination in the X30 Senior category as four drivers finished in the top-five in what was classified as one of the best races of the weekend. Zach Claman DeMelo (Kosmic / Racing Edge Motorsports) looked to be out of contention for the win until an overtake move by the front two opened the door for him to score the SuperNationals win. 14-year-old Jak Crawford (FA Kart / Nash Motorsportz) looked to be one of two to battle for the win but fell to third on the final lap only two corners from the finish while Christian Brooks (FA Kart / Nash Motorsportz) joined him on the podium in fourth. Brandon Jarsocrack (Kosmic / Mike Doty Racing) was able to work his way forward and finish with a top-five result at the end of the weekend 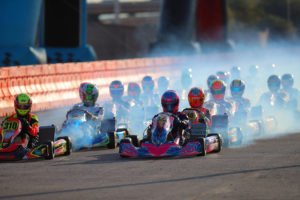 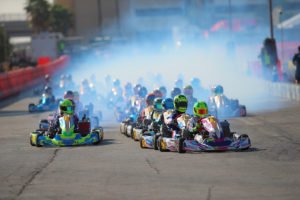 With the 2019 season now complete, OTK USA would like to wish all of their dealers, race teams, customers and drivers a Happy Holiday Season as we look forward to many more wins in 2020.