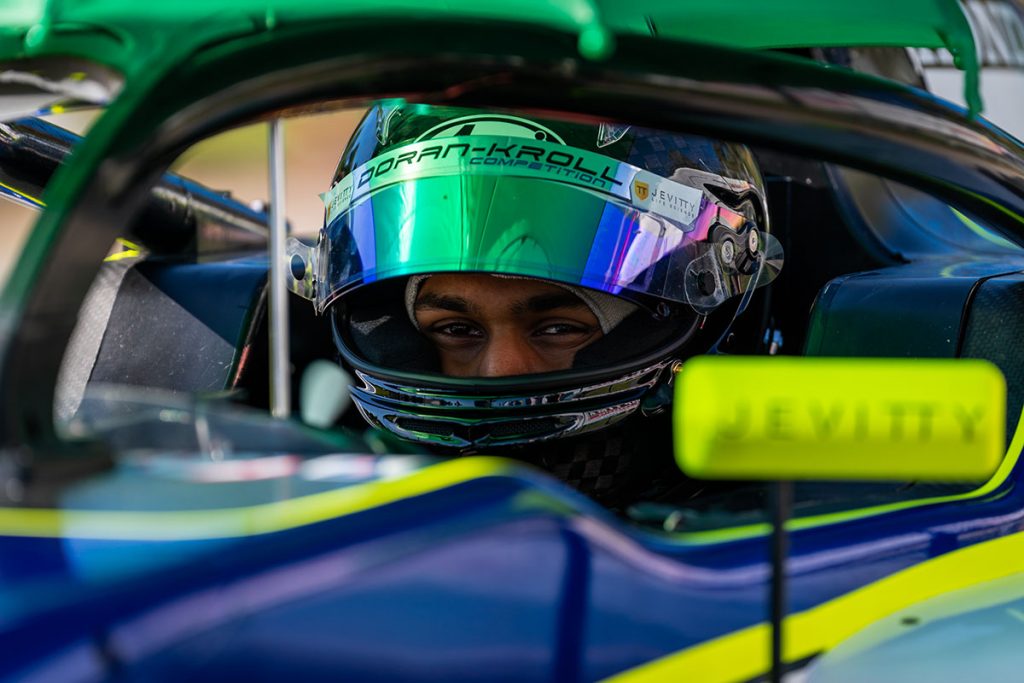 It will be the furthest event east in the 2022 season and the furthest event from home for the Doran Kroll Competition program. Bringing four drivers to New Jersey Motorsports Park in Millville, New Jersey, two drivers will see battle in the F4 United States Championship Powered by Honda while the other two will compete in the FR Americas Championship Powered by Honda.

Leading the way on the F4 side of the program will be multi-time podium winner Alex Berg. Sitting fifth in the F4 drivers’ championship battle, Berg is looking for a solid weekend in New Jersey to try and make a run at the series crown. Joining Berg in the Doran Kroll Competition F4 efforts will be rookie driver Jack Zheng. Honing his skills in the Formula Pro USA Western Championship, Zheng will try his hand on the national campaign as he makes the trek to New Jersey.

Athreya Ramanan will make his second event weekend start as he will be joined by Alex Kirby in the FR Americas Championship. Ramanan, who scored points in his first event, will look to do the same in the NJMP triple header weekend. Kirby, who is steadily moving up the running order, will also be vying for three point scoring finishes as both drivers head to a track and facility that they have never seen before.

“New Jersey Motorsports Park is one of those diamonds in the rough on the East Coast and a facility that we have been looking forward to visiting since the beginning of the season,” explained Francois Doran. “The fast layout will provide for some strategic racing which I believe our drivers excel at. It will be a quick three day weekend, and we can’t wait to get started.”

As part of the New Jersey Speed Tour weekend, Doran Kroll Competition drivers will hit the track on Thursday for a Promoters Test Day and practice on Friday. Saturday will see two on track sessions in qualifying and the first wheel-to-wheel action while Sunday will house race two and three on the weekend.

Doran continued, “We are well into the second half of the season, look forward to finishing the year strong and build momentum for our much anticipated 2023 campaign.”

Please be sure to follow Doran Kroll Competition on social media to stay up with news, information, photos and results from the event weekend.