With the Formula Pro USA Western Championships Brought to you by Exclusive Racing and Presented by Exclusive Auctions Winter Series now concluded, the Western Championships, dubbed the Summer Series, is set to take their first green flag of the season. Taking place over the March 17-20 weekend at Thunderhill Raceway Park in Willows, California, registration is now open for the opening event weekend. 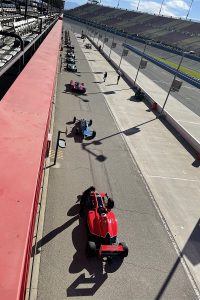 “We are anxious and excited to get our Summer Series off and running,” explained BD Morgan. “After much success in 2021 and a great Winter Series, we are looking forward to several new competitors joining us this year. We have fielded a lot of questions and interest seems to be quite high. I think we will see many of our local teams and drivers as well as potentially some bigger East Coast programs as well.”

With a test day on Thursday and a pair of races over the four-day weekend, Thunderhill Raceway Park will be the home to rounds one and two of the championship. With the Western Championships beginning in March and concluding in October, the series hits a lot of tracks as far north as Portland, as far east as Utah and as far south as Auto Club Speedway.

Morgan added, “We have made some adjustments understanding that drivers may not be able to make every race and will drop a competitor’s worst four finishes for the end of the year points total. This will allow drivers who have an off weekend or are forced to miss an event the opportunity to still compete for the overall points championship and a host of prizes. Additionally, we will welcome drivers as young as fourteen years of age to compete in either the F4 or F3 class with the proper licensing.”

With on track action beginning March 17th, load-in will take place on Wednesday evening, March 16th with the first two round winners being crowned at the end of the weekend. We hope to see you there!