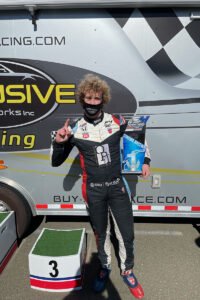 Competing at the WeatherTech Raceway Laguna Seca for rounds three and four of the Formula Pro USA Championship, it was FR competitor Kyle Loh who stole the show. Showing his true speed and natural skills, Loh secured the class race win as well as the overall victory against thirty-three open wheel race cars. Over the four races there were four different winners showing the competitiveness of the Formula Pro USA Championship.

“What a great weekend for us, our teams and drivers,” explained Morgan, Owner and Promoter of the Formula Pro USA Western Championships. “We had a great turn out that provided some great racing. It is awesome to see our series grow, and we will look for more growth in the races to come.” 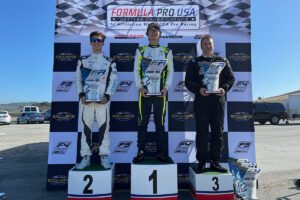 On the F4 side of the program it was Cameron Racing’s Nick Persing and World Speed Motorsports William Ferguson who took the top honors. Persing was the man of the day on Saturday as he drove to the win but was unable to attain the two bonus points for the fastest lap of the race. That honor went to second place finisher and current point leader Ferguson who outpaced the third-place runner Athreya Ramanan, who was competing with the potent Doran-Kroll Competition program. Jensen Global Advisor’s Max Parker was able to secure the fourth position, just ahead of World Speed Motorsports driver Dan Decker in fifth.

Round four of the Formula Pro USA Championship saw Ferguson return to the top of the results sheet scoring maximum points on the day taking home the race win and fastest lap of the race. Cameron Racing’s Nick Persing was the best of the rest in second with Ethan Ho crossing the line in third earning his first podium as he piloted a Dave Freitas Racing prepared Ligier JSF4. Ramanan added his second top five of the weekend with a fourth-place effort with Parker ending his weekend in fifth 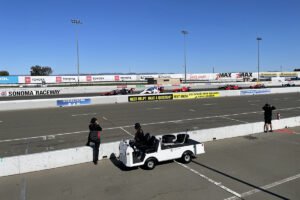 2019 Formula Pro USA F4 Championship winner Marco Kacic added a win to his race resume steering his Doran-Kroll Competition F3 machine to the FR victory on Saturday. Kacic was also able to secure the fastest lap of the race adding two bonus points to his yearly total. Kyle Loh was able to stand on the second step of the podium for World Speed Motorsports while Alex Kirby of LA Prep joined them in third. Saturday would also see 2020 championship winner Jay Horak and Margraf Racing driver Scott Vreeland round out the top-five.

Loh returned Sunday for round four with a vengeance and was the driver to beat throughout the day. Competing in an open wheel category that featured a 2014 Swift, a 1,000 lb. Stohr F1000 with a reported 300 horsepower motor and numerous modified Pro Formula Mazdas, Loh not only won the FR division, but won the overall race beating out thirty-three other drivers. Extending his point lead over the strong field of FR drivers, Loh secure the two bonus points for the fastest lap of the race. Kacic was able to back up Saturday’s win with a second-place result on Sunday as Horak returned to the podium with a third-place effort. Kirby crossed the stripe in fourth to add his second top-five of the weekend with Sean Prewett adding his name to the front half of the results sheet in fifth. 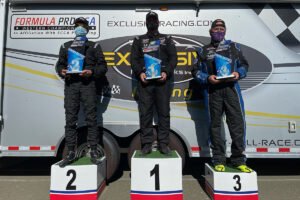 Morgan continued, “We have teams with cars available and look to continually increase our race numbers. If you are interested in competing in the Formula Pro USA Western Championships, I invite you to contact me directly (bdm@exclusiveracing.com) and allow me to connect you with teams that I know have the ability and capabilities to run drivers for a one-off event or the remainder of the season.”

The next event on the 2021 FPUSA schedule is at the famed Sonoma Raceway over the June 18-20 weekend. Please stay tuned to the Formula Pro USA website and social media pages for registration and event information. 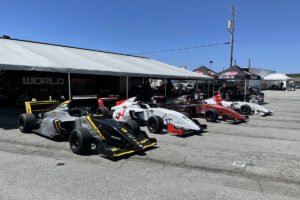