Indianapolis, Indiana based Miller Vinatieri Motorsports (MVM) will compete in the first event of the season for the F4 United States Championship Powered Honda this coming weekend. Kicking off at the Virginia International Raceway (VIR) in Alton, Virginia, MVM will enter second year series driver Jack William Miller and rookie Dylan Tavella, who is making his debut in formula car racing.

“We are prepared for our 2018 campaign,” explained Team Owner and three-time Indianapolis 500 starter Jack Miller. “We have tested all over the country including Florida, Texas, Michigan and Louisiana to prepare our drivers for the official start of the season at VIR.”

Dylan Tavella will start his first year in formula cars after capturing the Superkarts! USA (SKUSA) X30 Junior Championship in 2017. Jack William Miller enters 2018 for his second year in the championship after running select events in 2017 due to age restrictions. Now able to compete at each and every facility, Miller is hoping that his experience will aid in his efforts for race wins and podium results. 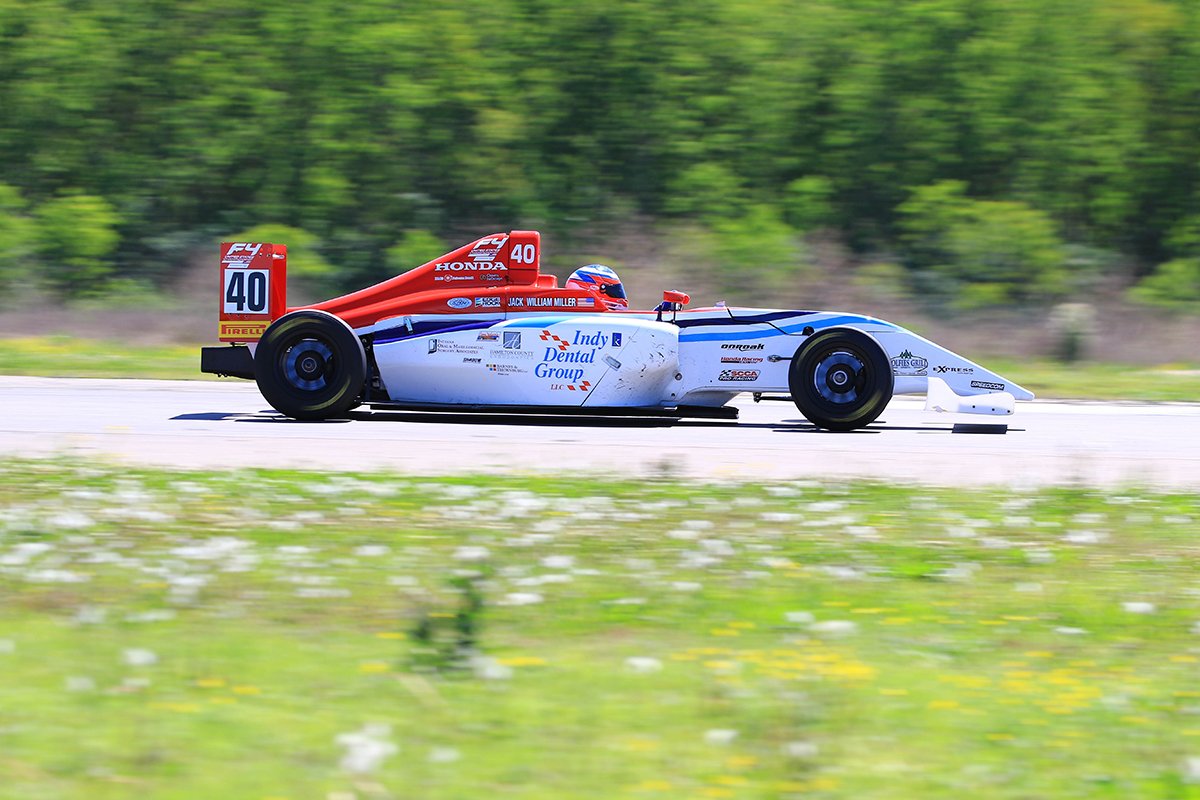 Echoing his father’s comments, Jack William Miller added, “I am ready to get back into the car and compete for the title in the F4 program. We have a great team behind us and great partners that support us so we just need to get to work and be as consistent and fast as possible. The team has prepared both Dylan and I for the task at hand and I am excited to see how our opening weekend will go.”

Rookie Dylan Tavella went on to say, “I am excited for the 2018 season and my first event in a car of any type this weekend. We have had multiple test days and I am ready to get on the track with the other 36 drivers. Miller Vinatieri Motorsports and the team around me has helped me prepare as much as possible and now it is up to me to put it together on track and gain as much experience as possible while working towards the best results I possibly can. I am ready to go!”

With a promoter’s test day scheduled for Thursday, Miller and Tavella will get their first look at the VIR facility before official competition begins Friday. Qualifying will take place early Saturday morning before the first of three wheel-to-wheel races takes the green flag Saturday afternoon. Sunday will see rounds two and three of the series in the triple header weekend. Stay tuned to the Miller Vinatieri Motorsports social media pages for up-to-date news, results, photos and information.