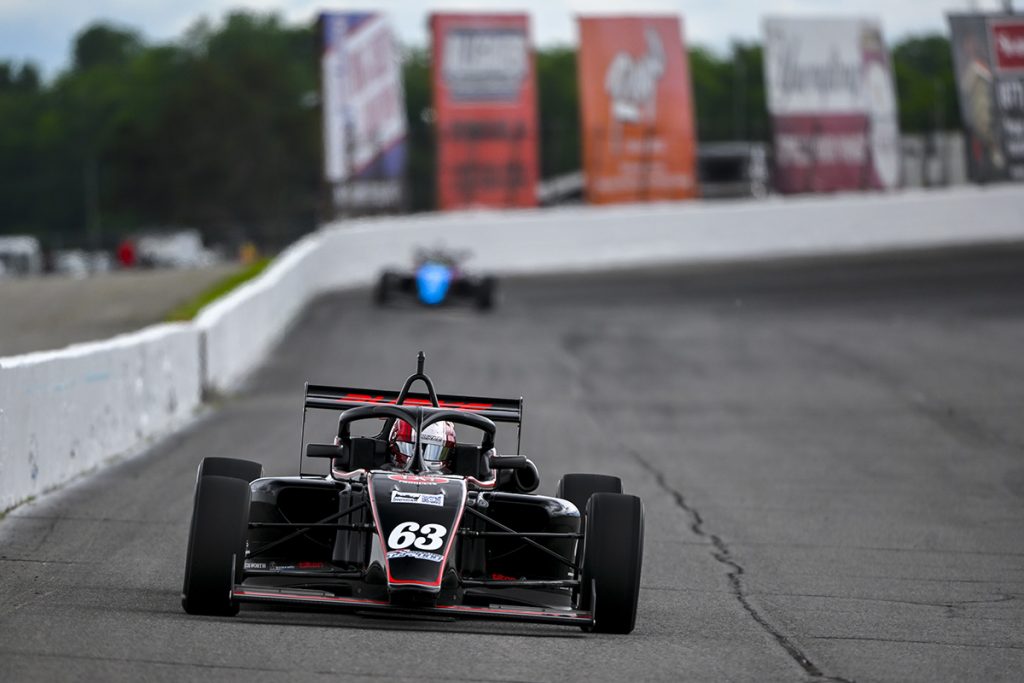 It was the most looked forward to weekend in Indianapolis all year, the famed Indianapolis 500 at the Indianapolis Motor Speedway. A short ten miles from the famed 2.5-mile oval speedway was the 7/10-mile Lucas Oil Indianapolis Raceway Park, where Joe Dooling Autosports – Curb/Agajanian driver Trey Burke would compete in the Carb Night Classic and the Cooper Tires Freedom 75 in the USF2000 Championship Presented by Cooper Tires. 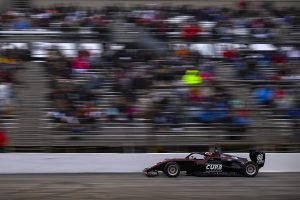 In the Thursday and Friday event that saw rain delays on both days, Burke took it all in stride. With experience on ovals in other forms of racing, the Texan would reignite that knowledge in his quest to earn solid results in the one and only oval event of the season.

After scoring the 13th fastest lap time in one of the two practice sessions, Burke would claim a P15 result in qualifying that would see him start the Cooper Tires Freedom 75 from the inside of row seven. With the goal to move forward, a tight field of drivers running near perfect race laps prevented much advancement.

“We had a very successful weekend as a team last Friday at Lucas Oil Raceway,” explained Burke. “I know the results don’t show it, but this team did phenomenal. The next race at Road America is by far my favorite track on the schedule for the year, so we expect to do very well and continue a good season of competition.”

Moving from 15th to 13th over the 75- lap race that was caution free, the Joe Dooling Autosports – Curb/Agajanian driver closed his Carb Night Classic event unscathed and with more experience on an oval in an open-wheel car.

Burke added, “We have a Promoters Test Day at Road America as well as two races so a lot of track time and opportunity to score a good finish.”