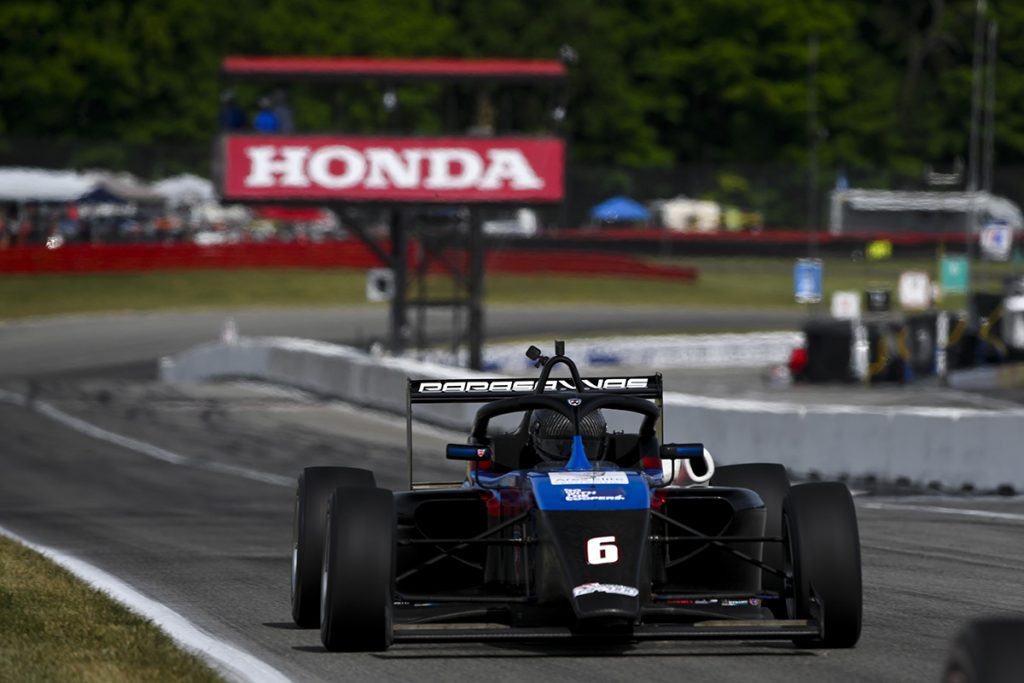 It was his second career Cooper Tires USF2000 Championship race weekend and it was a successful one for Evagoras Papasavvas. With the goal of completing the full race distances, gaining experience, learning and progressing forward, the driver of the Jay Howard Driver Development (JHDD) #6 checked several boxes as he closed his Mid-Ohio Sports Car Course race weekend with a pair of top-15 results.

A good start to the weekend, Papasavvas paced inside the top-ten during Thursday’s Promoters Test Day and was looking to take that speed into Friday’s qualifying session. Looking to try and hold his position, Papasavvas was disappointed in his results and would start the first race of the weekend from row ten.

The first of three races proved to be a short one for Papasavvas as contact on the opening lap broke the front wing and damaged his JHDD #6 entry. Forced to the pit lane early for repairs, Evagoras eventually retired due to the damage and would shift his focus to Saturday’s second and third rounds.

Back to the track on Saturday morning, Evagoras would have a five position gain in race two as he jumped from 20th on the grid to complete his first full USF2000 race in P15. Working to learn and gain as much experience as possible, the Ohio resident shifted his focus to race three later in the day.

“It was good to get a complete race distance under my belt and feel how the car reacted and changed over the 20-lap race,” explained Evagoras. “Race three of the weekend is this afternoon and I will once again look to move forward, even though I know it will be tough since we will be racing the full distance on used tires.”

Building off the momentum during the second wheel-to-wheel race, Evagoras once again closed the gap to the leaders in race three. Earning his second top-15 result of the weekend, the time gap continually came down as the Ohio resident gained more knowledge that will help his career in the future.

Evagoras continued, “Thank you to the Jay Howard Driver Development program for all the help, support and coaching now and into the future. Also, a big shout out to my partner Tiger Natural Gas, BodyWise, GutsWear Racing, and Ares Elite Sports Vision. I am looking forward to being back on track for my first ever street race in Toronto.”