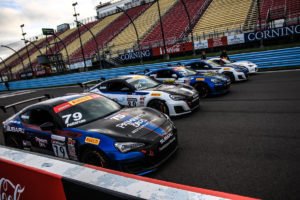 Having made a name for themselves in the Pirelli World Challenge in the years past, 2019 brings a name change to the series in TC America, but hopefully the same results for TechSport Racing. Claiming championships in 2015, 2017 and 2018, the Islandia, New York based team and prep shop is itching to get the 2019 season started.

“We have six drivers confirmed for the upcoming season, but will add one, maybe two more if the right opportunities present themselves,” explained TechSport Racing Co-Owner Kevin Anderson, who partners with Deborah Popolizio. “I believe that we are the largest team and we bring a mix of both experienced veterans and champions to each and every event. We also have a Sin R1 that we plan to utilize in GT4, and with the right driver and funding, could challenge for the 2019 championship in that class as well.”

As the defending TCA Team and Manufacturer Champions, TechSport Racing will enter five drivers as they look to go for back-to-back championships in the TCA class. Piloting Subaru BRZ’s Nick Wittmer will be behind the wheel of the #91 machine while PJ Groenke will steer the #44. The #24 will be driven by Robert Crocker, with Damon Surzyshyn buckling into the #22. Ben Bettenhausen, related to former multi-time USAC Silver Crown Champion, IndyCar and Indianapolis 500 driver Gary Bettenhausen, will throw his hat into the mix as he looks to continue the family legacy of winning in his #95. Also entering one driver in the TC class, Joseph Federl will drive a Nissan 370Z as he looks bring TechSport Racing to the top in TC.

Anderson added, “Nick (Wittmer) is a very accomplished veteran and should be a threat for the championship after making the switch from GT4 last year. PJ is a former TCB Champion and has been with TechSport Racing for four years now. I know he is working very hard to add a TCA Championship to his resume. All of our drivers can run at the pointy end of the field on any given weekend, so as team, we are confident that it is going to be a great year.” 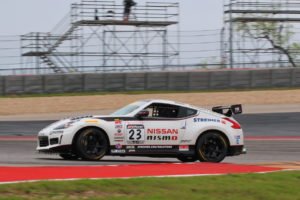 With six drivers primed and ready to go for the March 1-3 season opener at the famed Circuit of the Americas in Austin, Texas, TechSport Racing’s Ownership of Kevin Anderson and Deborah Popolizio are actively pursuing drivers for their GT4 program. With a Sin R1 prepped and ready to hit the track, it is a plug and play program for any driver who wants a real chance to challenge for race wins and podium results.

For more information on test and/or race opportunities with TechSport Racing, please contact Kevin Anderson at Kevin@TechSportRacing.com, by phone to 631.235.3769 or visit them online at www.TechSportRacing.com or via their social media pages on Facebook, Twitter, and Instagram.