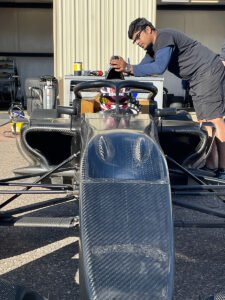 Continuing to fill the grid for the upcoming 2021 FR Americas Championship Powered by Honda, Team Crosslink is pleased to confirm the addition of Dylan Tavella. Set to join the team for the first event at Road Atlanta, Tavella will make his series debut in the hopes of a full season program with the Crosslink Competition program.

“We welcome Dylan to the team, and he will be a great addition alongside our already confirmed drivers,” explained Team Manager Sean Owens. “Dylan has completed a couple of test days so far and has shown speed, but also gained experience along the way. Racing alongside Josh Car, I think we have a powerful 1 – 2 driver program that will fight for race wins and podium results in 2021.”

While not yet confirmed for the complete season due to prior obligations and schooling, Tavella is hoping to make the best of his series debut.

“Team Crosslink is one of the premier FR Americas teams in the paddock, and I am happy to fly their colors,” added Tavella, a veteran of the F4 US program. “My goal is simple. I want to do the best I can, turn some heads and see what we can do on the results sheet. I know that if I can check all those boxes, the rest will fall into place as I work to navigate through my school schedule in an attempt to run a full season.”

A multi-time podium winner and race winner in the F4 United States Championship Powered by Honda, Tavella’s aim is to level up in 2021 as he climbs one more rung on the ladder to the upper echelons of motorsports in North America.

With the season set to kick off during the March 26-28 weekend at the famed Michelin Raceway Road Atlanta, Tavella is hoping he can turn some heads in his debut event in the FR Americas Championship Powered by Honda.