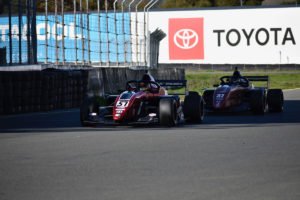 The Exclusive Racing Winter Series concluded this past weekend at Sonoma Raceway in Sonoma, California. With beautiful weather conditions, the growing off season program crowned three-time race winner in the past two seasons, Dylan Tavella in the F4 program, while Jacob Abel secured the inaugural F3 Championship. Varun Choksey and Jay Jorak went on to claim the Hankook Motorsports Hard Charger Awards by gaining the most positions over the four-race program.

“Our Winter Series has now concluded, and we will shift our focus to regular season,” explained Exclusive Racing’s Brent Morgan. “Our program has grown in the past two seasons and with growth, comes some growing pains. With shared track time and increased participants, we had some minor issues but were able to overcome them with the patience of our teams and competitors. We are excited about the growth and where our program is headed and will evaluate how we can improve in 2021.” 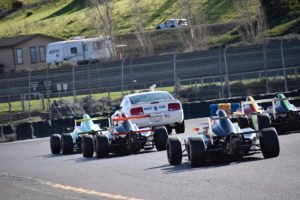 Competing in the 2019 Exclusive Racing Winter Series, Dylan Tavella (Kiwi Motorsport) secured one race win and set himself up for a solid performance in the F4 United States Championship Powered by Honda. Returning this season, Tavella put an exclamation point on his winter campaign as he and Kiwi Motorsport took a pair of race wins this past weekend and the Exclusive Racing Winter Series Championship. 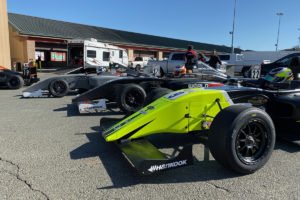 After qualifying fourth on Saturday, Tavella drove to the second position where he stalked the current leader Josh Sarchet (Kiwi Motorsport). Pushing him lap after lap, Sarchet had received multiple black flags for an incident that happened earlier in the race but failed to obey. Finally yielding to the constant removal flags during the latter stages of the event, Sarchet removed himself from the race surface thus handing the win to Tavella. Will Delarosa (Margraf Racing) maintained his second-place qualifying effort to climb to the second step of the podium at the conclusion of round three, while Varun Choksey (Kiwi Motorsport) advanced forward three positions to claim the third position. Bijoy Garg (World Speed Motorsports) started his event in seventh and finished fourth while Kyffin Simpson (Velocity Racing Development) rounded out the top-five. 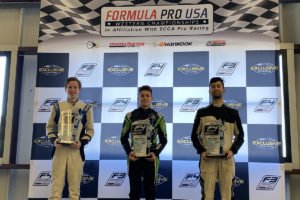 Sunday saw Tavella return to the top step of the podium after advancing forward from his third place starting spot. Claiming the fastest lap of the event, the Kiwi Motorsport driver scored his second race win of the weekend and secured the Exclusive Racing Winter Series F4 Championship. Delarosa and Choksey maintained their positions on the podium in second and third. Bijoy Garg crossed the line in fourth while Cooper Becklin (World Speed Motorsports) rounded out the top-five. Varun Choksey added the Hankook Hard Charger Award to his pair of podium results on the weekend to garner a set of Hankook Tires courtesy of Hankook Motorsports. 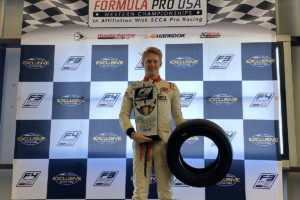 In the Exclusive Racing F3 Winter Series it was all Jacob Abel (Abel Motorsports). After taking top honors in rounds one and two at the Auto Club Speedway, Abel went four-for-four claiming another two wins in Sonoma. Jay Horak (World Speed Motorsports) found his way to the second step of the podium in round three and four. Along with his two podium results, Horak secured the Hankook Hard Charger Award and took home a brand-new sets of Hankook Tires courtesy of Hankook Motorsports.

Morgan continued, “A huge thank you to all of our competing teams, drivers and families. The support from year-to-year has been tremendous, having national level programs from the East Coast utilize our series as a training ground for their drivers. Additionally, a huge thanks to our local teams for their continued support. and we can’t wait to see everyone again in a few weeks at the Exclusive Racing Regular Season.” 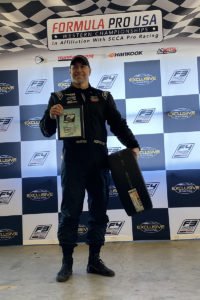 The 2020 Exclusive Racing Regular Season takes the green on the March 14-15 weekend at Thunderhill Raceway Park. Stay tuned for more news and information via the Exclusive Racing website and social media pages.