With countless podiums so far throughout the 2021 season, Floridian Jason Bell notched his first two victories of the year this past weekend at the Watkins Glen International Raceway. Testing at the New York facility a couple of weeks ago, Bell steered his GMG Racing prepared Aston Martin to four top-ten finishes including two wins in GT America.

“It was a fantastic weekend for us,” expressed Bell. “We knew we had the speed to win but it seemed like a lot of things were not going our way this year. We managed to put it all together this weekend and that was apparent on the results sheets with a pole position and a pair of race wins.” 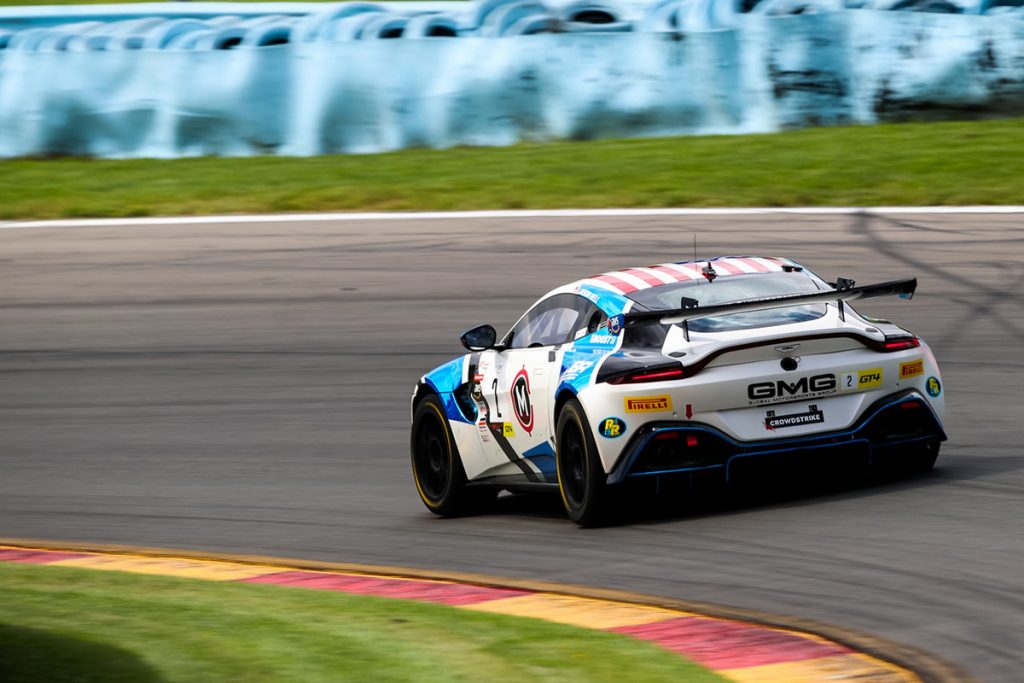 Competing in both the GT4 America and Pirelli GT4 SprintX programs, Bell pushed his #2 MovoCash Aston Martin to the limit in qualifying and secured his first pole position of the season. With confidence heading into the first wheel-to-wheel action of the weekend, Bell did not put a wheel wrong. Running consistent race laps, the veteran driver earned his first GT America win of the season. Returning to the track Sunday and looking to double up his wins on both the weekend and the season, Bell put on another masterful drive to claim the checkers. Topping the charts in both practice sessions, earning both pole positions and scoring two race wins, it was a clean sweep for Jason Bell.

“Once you win, you want to keep winning,” added Bell. “Motorsports is a like a drug but winning is an addiction. I will definitely savor the top step of the podium for a while but will also make sure that I am primed and ready for our next event.” 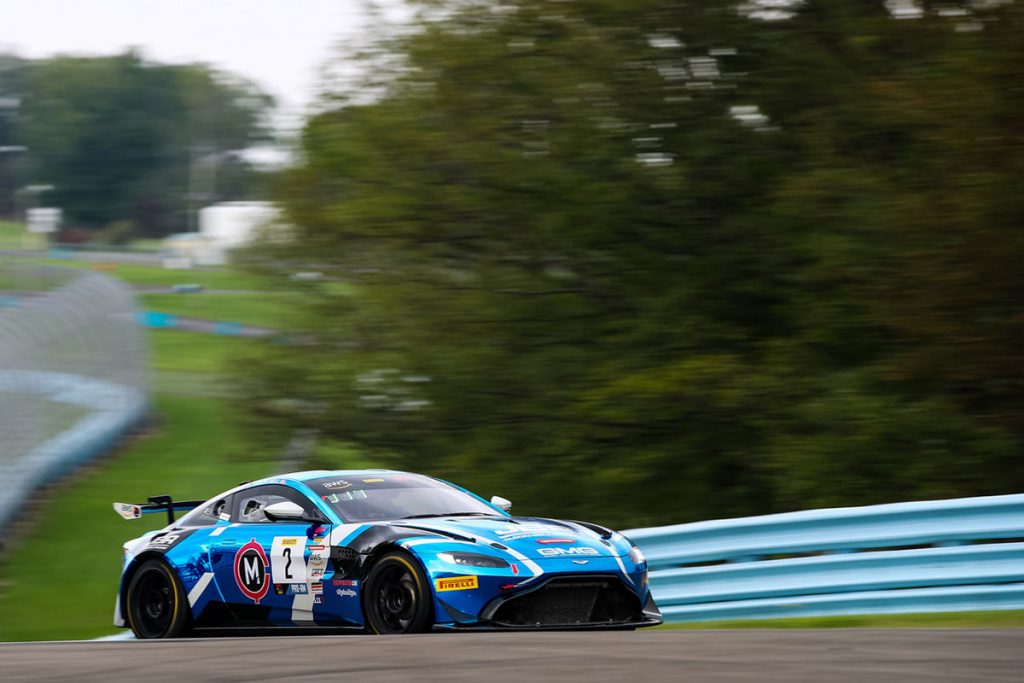 With victories in GT America, Bell competed with Andrew Davis in the Pirelli GT4 SprintX class behind the wheel of another GMG Racing prepared Aston Martin. Finishing tenth on Saturday, Bell and Davis returned to the track on Sunday to claw their way to a P6 results, narrowly missing the top-five.

With the taste of victory and the hardware to prove it, Bell will now shift his focus to the penultimate round in less than two weeks’ time at the Sebring International Raceway October 1-3.