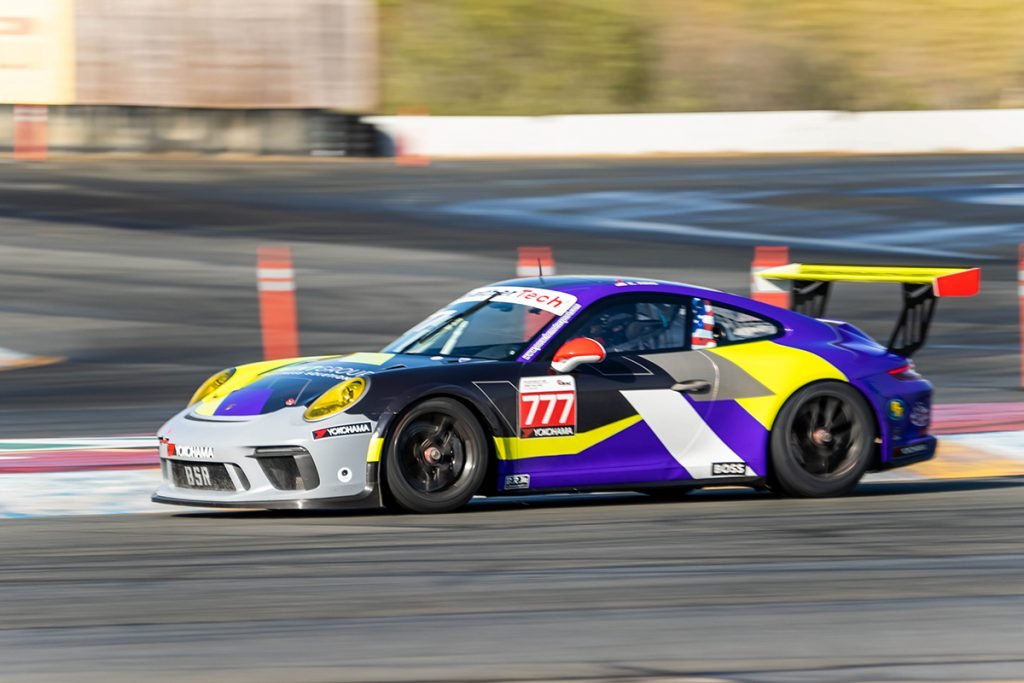 Shutout from top step of the podium at the second round of the Porsche Sprint Challenge USA West program, Black Sheep Racing (BSR) returned with a vengeance this weekend. Taking on the famed Sonoma Raceway in Napa Valley, Black Sheep Racing earned one pole position, two victories and three podium results with all team drivers finishing in the top-five twice over the weekend as they continue to show their dominance in the 991 class. 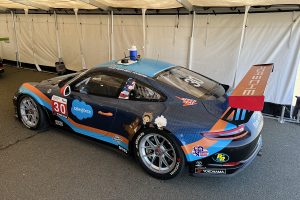 “What a weekend for the team,” explained Marketing Liaison Chris Stiffler. “The first event was a good weekend for us, but we knew that the results did not match the speed of our team. This weekend at a different track, the results sheets showed different as it was a dominant event for Black Sheep Racing.”

Leading the way when the action commenced was Laura Ely. Showing speed through Friday’s practice sessions, Ely claimed the round two pole position by pipping some of her closest rivals by the slimmest of margins. Black Sheep Racing drivers claimed three of the top six positions as Kenton King clocked the fourth fastest lap time of the session while Stephen Ayers was the sixth fastest driver putting the three competitors in the front three starting rows for the first wheel-to-wheel action.

When the green flag flew that afternoon, it was all Black Sheep Racing. Laura Ely drove to a dominant victory in the 991 class and finished third overall on track. King managed to hold station to cross the line in fourth while Ayers battled hard and improved one position on track to cross the stripe in fifth, putting all three team drivers in the top-five for the first time this season. 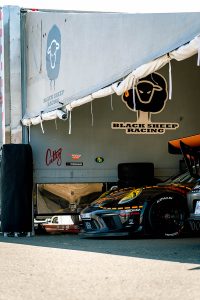 Race two on Sunday would provide another triple top-five result for Black Sheep Racing. While Stephen Ayers managed his second consecutive fifth place result of the weekend proving his consistency, Ely and King were able to put a pair of BSR drivers on the podium. Laura Ely flexed her muscles scoring another class victory and going back-to-back on the weekend while King netted his second podium result of the season and second top-five finish of the weekend to throw his hat in the mix as a contender for the series title.

Stiffler continued, “I could not be happier with how everything was this weekend. We know that with two wins, three podiums and six top-five results that the rest of the teams and competitors will be gunning for us at the next event. While we celebrate our achievements for a day or two, it is straight back to work to prepare for the next one.” 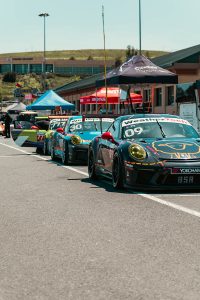 It will be very little time off for the potent West Coast program as they will travel from coast-to-coast for the next to event. Racing alongside the FIA Formula One World Championship at the Miami Grand Prix over the May 6-7 weekend, Ely, King, and Ayers will be looking to carry their momentum into the Sunshine State and find their way back to the podium in South Florida.