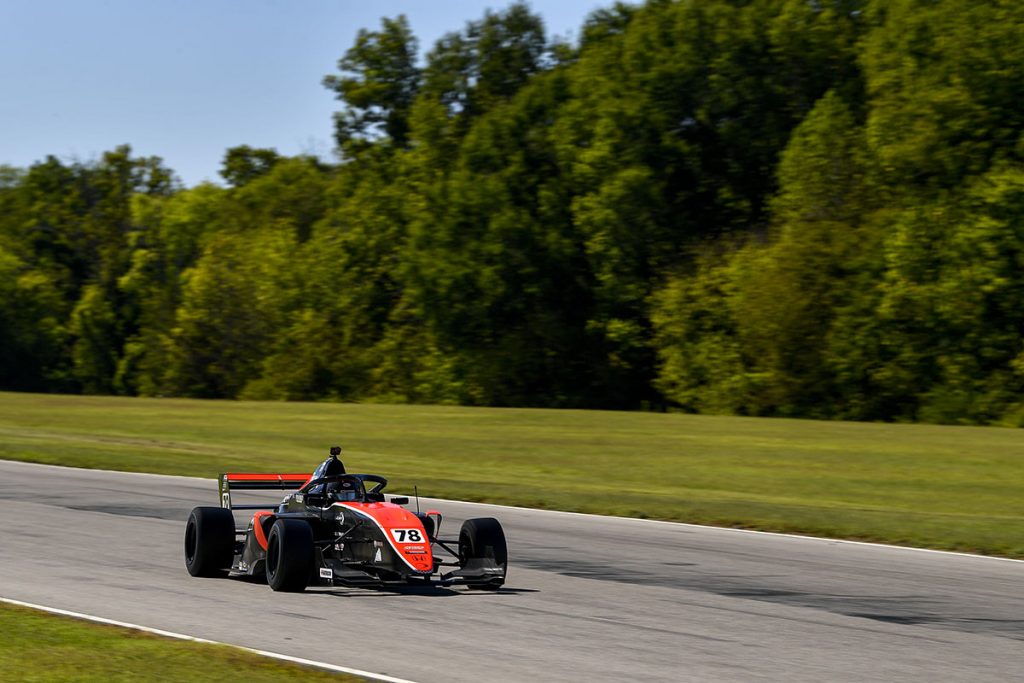 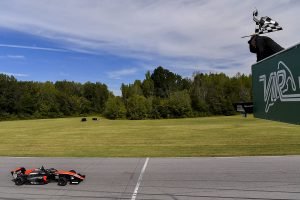 It was a double podium performance for Ryan Yardley and Kiwi Motorsport during their debut in the FR Americas Championship Powered by Honda. Taking on the Virginia International Raceway (VIR), Yardley made an impressive series start standing on the podium twice in the three wheel-to-wheel races.

“Super proud of how our FR Americas debut went,” explained Garry Orton. “We have been planning this for four months and all of our hard work paid off. Both Cooper Becklin and Ryan Yardley did a stunning job in their national debuts, and I’m sure they will be fighting for more podiums at the next event in Austin.” 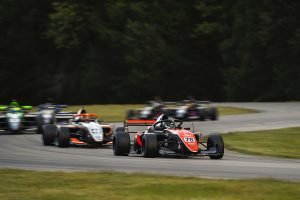 “I knew Ryan would fight for the podium,” added Teena Larsen. “He was very focused leading up to this race weekend including training on the simulator and quality track time when he could. He is an incredible talent with a bright career ahead of him.”

Orton added, “When I saw him take the fast left before the notorious Oak Tree corner, I knew we had pace and the talent to run well. Two podiums in his first weekend, I am thrilled for him and the team. A debut we won’t forget.”

After qualifying in the third position, Yardley went on to maintain his position in his first career FR Americas race on Saturday morning. Race two would see the debutant improve one more step on the podium to finish second, his second podium result of the day. With race three on Sunday afternoon, Yardley and Kiwi Motorsport were hoping for a podium trifecta but fell short as he was eventually classified in the seventh position. 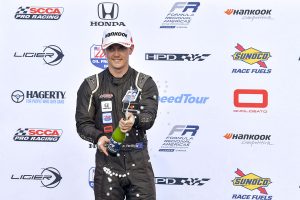 “Amazing weekend at VIR. Wasn’t sure what to expect coming into the weekend, but two podiums is pretty cool,” expressed Ryan Yardley. “Thanks to the guys and girls at Kiwi Motorsport for an amazing package all weekend long. Solid debut for both the team and I in the FR Americas program and it would not have been possible without my supporters. A huge thank you to all my partners who have made this two-race program a reality. Very fortunate to be back racing at an international level, and it wouldn’t be possible without the support of a great group of people. I am already counting down the days until the last round at COTA. The aim is definitely to get on the top step.” 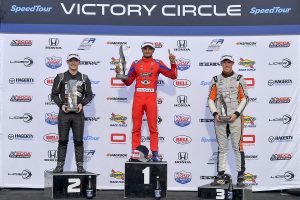 Stay tuned to Kiwi Motorsport social media pages for more news, information, and results from the event weekend. To follow Ryan Yardley, please find him on Facebook via Ryan Yardley Motorsports and Instagram at @RyanYardley_.

Next up for Yardley and Kiwi Motorsport is the FR Americas finale at the famed Circuit of the Americas.