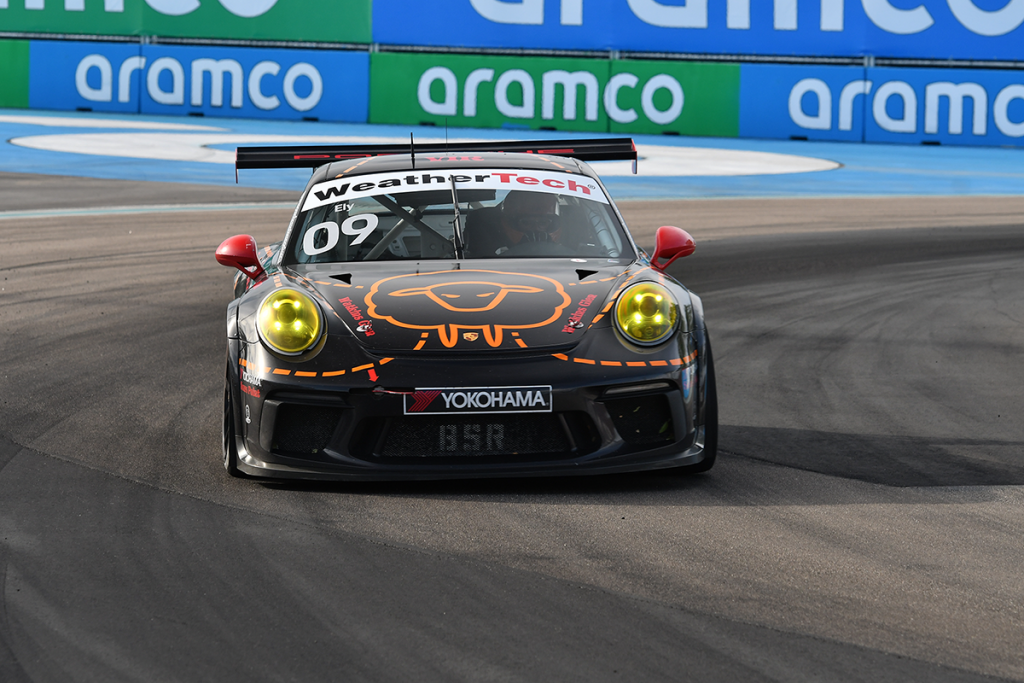 It was a trip across the country for Black Sheep Racing (BSR) as they traveled coast-to-coast to compete in Miami, Florida. Racing alongside the FIA Formula One World Championship and W-Series, Black Sheep Racing entered three competitors in the 991 class at the Porsche Sprint Challenge North America race and closed the weekend with two podium results, three top-five finishes and four top-ten placings as they now shift their focus to the next event on the calendar. 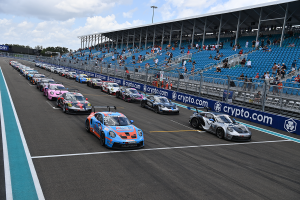 “Another great weekend in Miami and another two podium results,” explained BSR Marketing Liaison Chris Stiffler. “We have proven that we are one of the teams to beat in the Porsche Sprint Challenge, and we will keep pushing to better our results as the season rolls on.”

Leaving the weekend with another two podium results was Laura Ely. A perennial front runner in the West program, Ely took on the Miami Grand Prix circuit by storm and closed her event with two additional third place results after qualifying second in the 991 class. Leading the contingent of drivers from the western half of the country, Ely proudly displayed the Black Sheep Racing logo on the podium in front of huge crowds from around the world.

Stephen Ayers was the second BSR driver who made an appearance in the top-five on the results sheets and did so with an impressive fourth place finish on Saturday during the first wheel-to-wheel action of the weekend. After clocking the ninth fastest time in qualifying, Ayers drove to an impressive P4 finish in Saturday’s race narrowly missing a podium result and returned Sunday to add his second top ten finish of the weekend in eighth.

Black Sheep Racing’s Kenton King had a weekend to forget. After progressing through the practice sessions and qualifying just outside the top-ten, King was involved in a massive shunt in the closing stages of Saturday’s race. With extensive damage to his Porsche 991, Black Sheep Racing and Kenton King deemed the car unrepairable trackside as he was forced to sit out Sunday’s race.

Stiffler added, “Highs and lows for sure this weekend. I feel terrible for Kenton as we would have loved to see him race and battle in the top-ten but on the other hand, need to be happy for Laura and Stephen for their results. We will put this race in the memory bank and move towards VIR.” 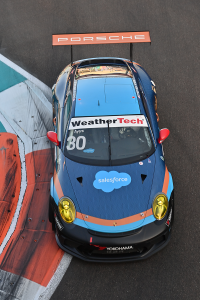 With three races in five weeks, Black Sheep Racing will now enjoy a four-week hiatus until their next event over the June 3-5 weekend. Set to battle at the famed Virginia International Raceway (VIR), BSR will aim to keep their podium momentum going in their second East Coast event as their season will cross the halfway mark when the checkered flag waves on Sunday, June 5.