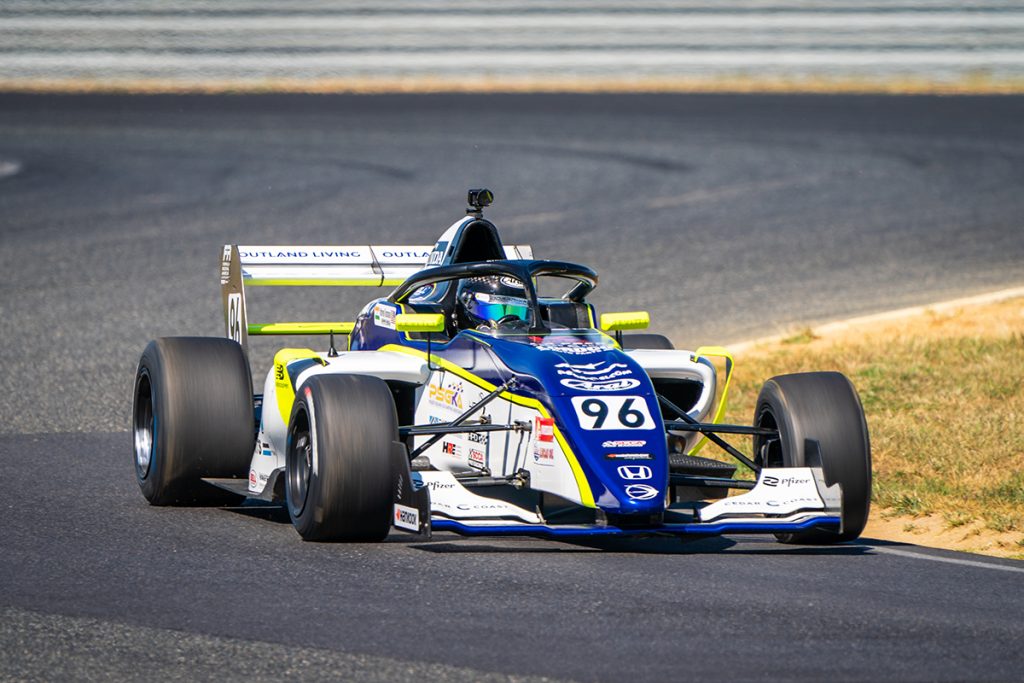 Another weekend and another event for Doran Kroll Competition as this time they took on the New Jersey Motorsports Park (NJMP) in Millville, New Jersey. Bringing four drivers to rounds ten through twelve of the F4 Championship and FR Americas Championship programs, it was Athreya Ramanan who turned heads last weekend. 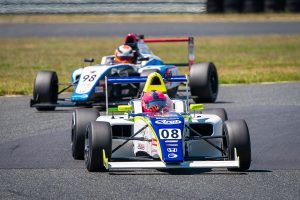 “It has been the case all season long, it was our first trip to New Jersey Motorsports Park, so it was a learning experience for us as a team,” explained Francois Doran. “A huge shoutout to all our drivers and the crew for sticking with it and improving throughout the weekend. We continue to show we have the speed to compete with some of the best F4 and FR programs in the country.”

F4 United States Championship Powered by Honda driver Alex Berg led the way for the team. After qualifying seventh, fourth on the time sheet plus a three-position penalty carried from Mid-Ohio, Berg was able to drive forward to fourth in the first wheel-to-wheel action of the weekend all while earning the second fastest lap of the race. With lap times from race one setting the grid for race two, Berg would better his chances at a podium result in race two starting from the outside of the front row.

Sunday morning, for race two, Berg would rocket off the line as he looked to maintain his position at the front of the field. Battling with the two championship leaders and the winner from race one, Berg mounted a challenge for the win but would eventually fall to the fourth position, adding his second P4 finish of the weekend. Jack Zheng, who first competed with Doran Kroll Competition at the Formula Pro USA Western Championship, improved on his 19th place qualifying effort to drive forward and finish 14th in Saturday afternoon’s first race. Sunday would see another improvement for Zheng as he leveled up one more spot on the results sheets to finish 11th and shifted his focus to the third and final race of the weekend. 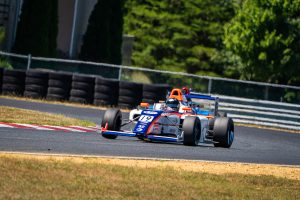 It was another race that featured Alex Berg close to the front as he managed to secure his third points-paying result of the weekend crossing the line in fifth. Jack Zheng continued his knowledge gaining weekend with another top-15 result in P14 due to contact from another competitor taking away a well-deserved top-ten finish.

It was a handful of top-ten results and a first top-five for Doran Kroll Competition FR Americas drivers as Alex Kirby and Athreya Ramanan battled hard in the strong field of drivers. With Kirby qualifying in the eighth position and Ramanan in ninth, the pair would score to- ten finishes in race one with Ramanan scoring the best result for the team in the ninth position. Race two on Saturday afternoon saw both drivers move forward as Ramanan moved up his Ligier JsF3 #96 car to seventh position, followed closely by his teammate Alex Kirby in eighth.

Back to the track on Sunday, race three was going to be a memorable one for both the team and Ramanan as the series rookie earned his career-best FR Americas Championship result in fifth at his second ever national event. Finishing on the lead lap and only 8.624 seconds behind the leader, it was Athreya’s best weekend of the season and a momentum builder for future events.

“This is an amazing result, a fantastic way to finish this race weekend. I’d like to thank my parents, the whole team and my family members who made the trek here to provide me with additional moral support,” commented the #96 car driver. 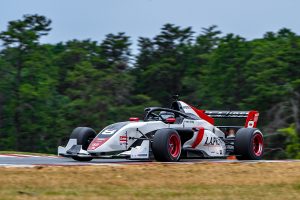 His teammate wasn’t as fortunate this go around, after an unfortunate contact with another competitor, Kirby failed to complete the full race distance but was classified in P10 in the end.

Doran added, “We have a big break now so we will recharge our batteries and get ready to close the season strong. Congrats and thank you to all our guys!”

Next stop for Doran Kroll Competition will be over the October 6-8 weekend at the famed Virginia International Raceway.

Please be sure to follow Doran Kroll Competition on social media to stay up with news, information, photos and results from the event weekend.