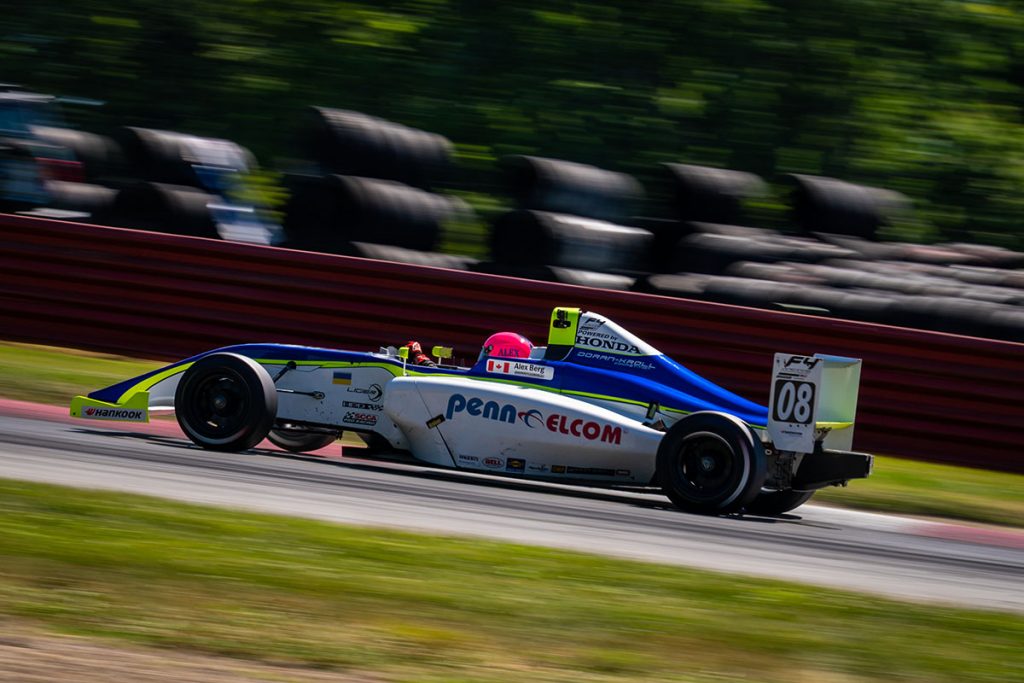 It was the first trip to the Mid-Ohio Sports Car Course for the West Coast-based Doran-Kroll Competition program. Taking on the Lexington, Ohio facility, a total of four Doran-Kroll Competition branded drivers would hit the track for competition in both dry and wet conditions. In the end, Alex Berg earned the team’s best result including a pole position for race two. 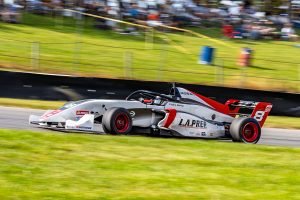 With the Promoters Test Day on Thursday and the official practice on Friday morning behind them, it was on to qualifying for the Doran-Kroll Competition FR Americas trio of Marco Kacic, Alex Kirby, and series debutant Athreya Ramanan. With their eyes fully focused on qualifying, Kacic led the way for the team with a seventh-place result while Kirby would claim the ninth quickest time. Ramanan, in his first career FR Americas Championship Powered by Honda qualifying session, slotted himself into the eleventh position. On the F4 side of the Doran-Kroll Competition program would see multi-time 2022 podium winner Alex Berg earn himself a top-ten starting spot as he qualified ninth. With the rest of the day off, the one and only on track session on Saturday would be the first green light of the weekend as wheel-to-wheel racing commenced.

“We went to work after qualifying and were confident in our drivers and our equipment in completing the task of moving forward,” explained Francois Doran. “We will need a little luck to gain the track position needed, but we have the speed.”

Marco Kacic was the brightest Doran-Kroll Competition light in the first race of the weekend as he quickly moved forward to run inside the top-six. Looking to have the pace to challenge for a top-five finish, Kacic would be overtaken on one of the restarts and fall back and was unable to move forward for an eventual ninth place result. Alex Kirby grabbed another FR Americas Championship point with a P10 result while rookie Athreya Ramanan was forced to retire on lap fifteen of nineteen with a minor issue that would not affect the rest of his weekend’s running.

Alex Berg put Doran-Kroll Competition in the record books during the first race of the weekend as he rocketed forward from his P9 starting position to finish fifth in a race that ended under yellow. Scoring the fastest lap of the race, Berg earned his first career F4 United States Championship Powered by Honda pole position, and first for Doran-Kroll Competition. 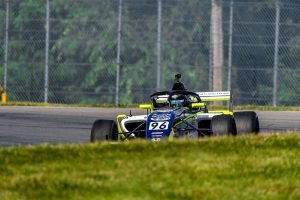 Doran added, “I am happy for Alex. He is putting in the work off the track and the results are showing on it. What a great start to the weekend.”

Back to the track on Sunday, Berg jumped to the lead at the start of the second F4 race of the weekend as he went to the point and led the opening few laps. Holding off several advances from fellow competitors, Berg would have slight contact when he was trying to be overtaken resulting in a broken toe link. Forced to abort the race and head to the pits, Berg’s contact took him out of contention for the win. Lining up 12th for the third and final race of the weekend, Berg was a man on a mission as he instantly moved into the top-ten and furthered his progress to the top-five. Looking to battle for a podium position, Berg was forced to take evasive action to avoid a spinning competitor making contact with the outside wall, breaking his left rear suspension, and forcing him to retire from the race.

Alex Kirby led the Doran-Kroll Competition trio in the second FR Americas race of the weekend as he battled his way to an eighth-place finish. Marco Kacic ran strong early and looked to challenge for a top-five result but failed to complete the full race distance and was classified in the 11th. position. In his second ever FR Americas race, Athreya Ramanan crossed the line in ninth and earned his first career championship points in the FR program.

Race three was run under wet weather conditions as the rain fell just prior to the start of the final on track session of the weekend. It would be the first wet weather race of the season and it looked good early for the Doran-Kroll Competition boys as they ran just outside the top-five more than midway through the race distance. In the end, it was Marco Kacic who earned the team’s best finish in ninth, just ahead of Alex Kirby and Athreya Ramanan in tenth and 11th. 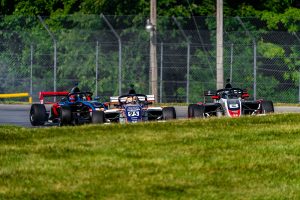 Traveling to their furthest event from home for the next event on the 2022 calendar, Doran-Kroll Competition will be back in action July 29-31 at the New Jersey Motorsports Park with competitors in both the F4 United States Championship and FR Americas Championship Powered by Honda.For more information on the Doran Motorsports Group, please contact Francois Doran at 951-922-3411 or via his cell phone at 951.897.0550. To contact him via email, Francois can be reached at f.doran@doranmotorsports.com or visit them online at www.DoranMotorsports.com.