Announcing their intentions last week to compete in the Formula Pro USA Winter Series as well as the F4 United States Championship and FR Americas Championship Powered by Honda, Doran-Kroll Competition has named former Indy 500 driver Dominic Dobson as the Competition Director for the flourishing program. 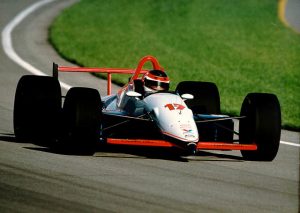 Taking control of the team operations, Dobson will oversee all aspects of Doran-Kroll Competition and work directly with Francois Doran and Jerry Kroll.

“Dominic has a ton of experience and will be able to help take us to the next level,” explained Team Owner Francois Doran. “Dominic understands what it takes to win races on a professional level. As a team, we have lacked in certain areas but with Dominic’s involvement, we feel that we have corrected those issues and are excited to get started in 2022.”

Dominic Dobson added, “This is an exciting opportunity for me, as I have been involved in supporting the careers of several young drivers over the past few years, including Marco Kacic. Francois Doran has put together an accomplished team of engineers and technicians, and Jerry Kroll has been a loyal supporter for several years and brings a wealth of experience. Our focus will be to run the very best F3 and F4 team we can in these premier, competitive American formula cars series.”

Dobson comes with many years’ worth of experience including sixty-four IndyCar starts, formerly the Championship Auto Racing Series (CART), including seven at the famed Indianapolis 500. Dobson also drove in the NASCAR Truck Series and numerous sportscar events including the 24 Hours of LeMans, the Rolex 24 Hours of Daytona and was the winner of the 2015 Pikes Peak Unlimited Class. Dobson is a former instructor at the Bob Bondurant Driving School and owns several businesses in the automotive industry. 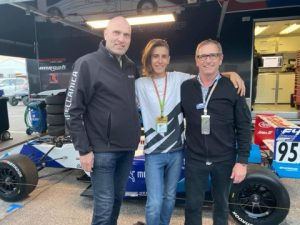 While Dominic will oversee all the race weekend activities, he will also supervise and lead the preparation of the cars between events and ensure all tasks are being completed and deadlines are met. Dominic will actively lead the recruitment side of the program hiring team members for specific areas of need as well manage the relationships between drivers, their families, and Doran-Kroll Competition.

Doran continued, “Dominic will be the captain of the ship. He will be the ‘Go To’ person for both clients and crew questions and concerns. His communication is second to none and that will aid in timely decisions and information flow between engineers and mechanics.”

Doran-Kroll Competition will kick off their 2022 season in January as they are set for a busy year of racing throughout North America.