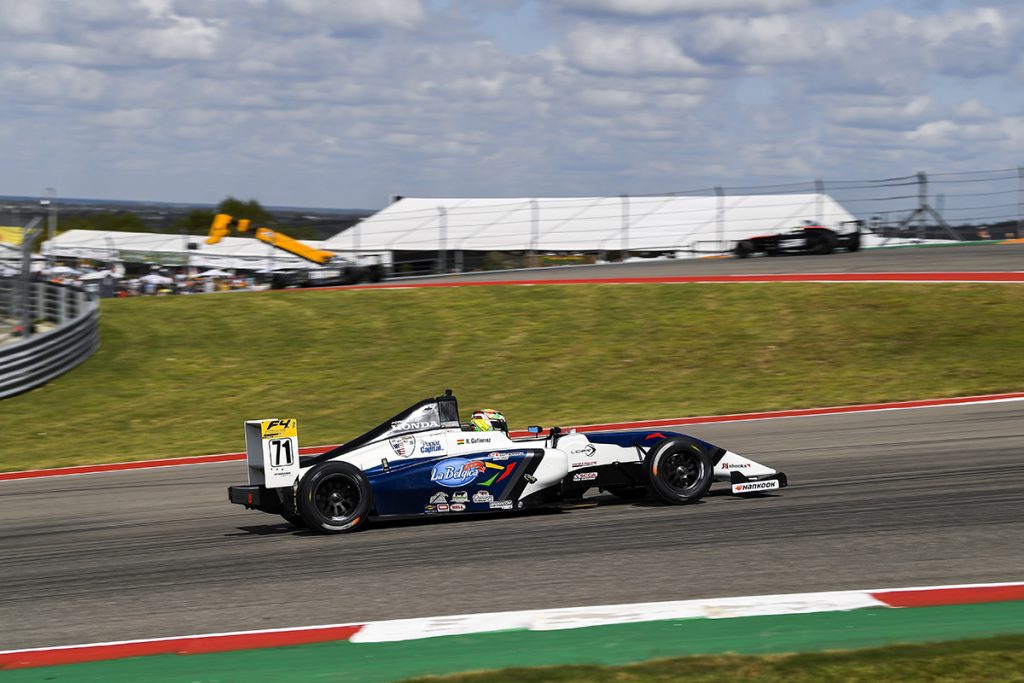 Entering the final event weekend of the F4 United States Championship Powered by Honda, DC Autosport would bring a single entry to the Circuit of the Americas (COTA) in Rodrigo Gutierrez. With nearly thirty-five drivers entered for the weekend, DC Autosport firmly place their driver in the front third of the grid claiming 11th and 14th place finishing positions as they raced alongside the Formula One World Championship.

Kicking off the finale weekend on Friday, DC Autosport’s Rodrigo Gutierrez showed pace by claiming the twelfth quickest lap in the one and only practice session. With limited track time over the weekend no teammate to compare to, DC Autosport went to work to see what they could do to improve their Ligier JSF4 overnight and before qualifying on Saturday.

“We felt we were in a good position Friday but during Saturday’s qualifying session, we were caught out by not having the best draft and did not show our true potential,” explained Don Conner, Owner of DC Autosport. “Rodrigo did a good job getting what he could out of the car, and we will start on the outside of row seven this afternoon.”

From P14 on the grid, the DC Autosport entry rocketed off the line and up the hill towards the turn one left hander, maintaining his position. Working hard throughout the short ten lap timed race, Gutierrez was able to advance forward three positions to finish 11th, just one position shy of a points paying result after running in the top-ten for much of the race.

Sunday would see Gutierrez line up in the sixteenth position as the grids were set based on lap times from the day prior. An average start and some side-by-side racing slowed any forward progress as the DC Autosport driver looked for a way to move forward. With the close hard racing finally settling down, Gutierrez was able to get into a rhythm and begin make some moves. Recovering to advance forward to his starting position plus one, the #71 entry was able to gain one more position before the race was halted due to an incident after only six laps.

Conner continued, “The yellow flag came out and the field was forced to maintain their positions. Rodrigo had a good car today and was just getting going so it was untimely for us. Due to an injured driver, the race was checkered flag, and the season was over with Rodrigo ending our 2021 campaign with a 14th place result.”

Conner added, “With the final checkered flag falling on the 2021 season, 2022 starts for us tomorrow! Our goal is to be back in multiple series with several drivers on a full-time basis, and we will not rest until that happens. With a focus on both the USF Juniors program and the F4 United States Championship, we are aiming to fill our 2022 calendar.”

DC Autosport would like to wish Christian Weir a speedy recovery after his incident and injury on Sunday at the Circuit of the Americas. Everyone hopes to see Christian back at the track and on the podium in the very near future.