Turning heads at the opening rounds of the Pirelli World Challenge (PWC) SprintX program at the Canadian Tire Motorsports Park in May, David Ostella would be back with the M1 GT Racing squad for rounds three and four two weeks ago. Taking place at the Utah Motorsports Campus, Ostella would jump into the 2016 M1 GT Racing Audi R8 LMS and would claim a fourth place result on Saturday before standing on the podium on Sunday in a solid second place effort. 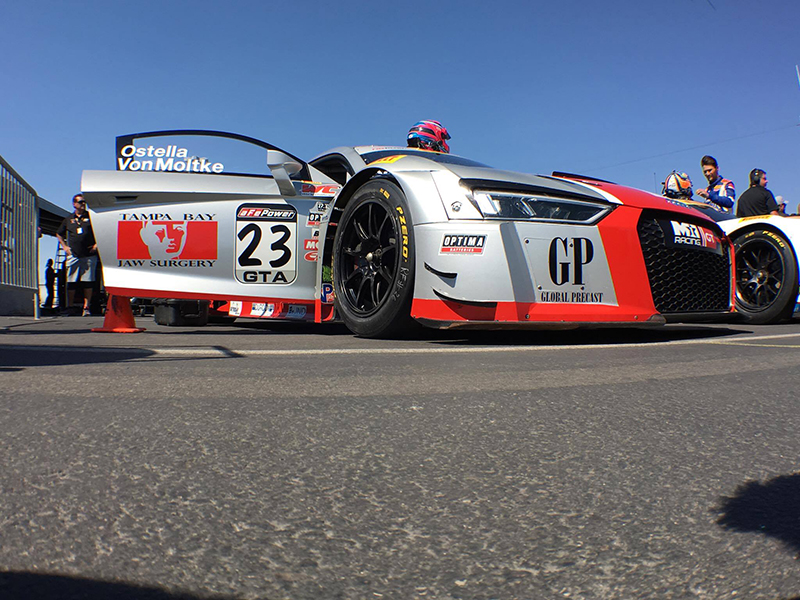 “I can’t thank M1 GT Racing enough for the opportunity to get behind the wheel of one of my dream cars, an Audi R8,” explained Ostella from his home in Ontario, Canada. “It has been a dream come true.”

Partnering with Walt Bowlin for Saturday’s competition, Ostella ran the second leg in the hour long SprintX round three. Taking the reigns from Bowlin halfway through the event, Ostella managed to place the M1 GT Audi in the fourth position before the final checkered flag would fly.

Back to the long and technical Utah Motorsports Campus Sunday, Ostella teamed with Dion von Moltke as the duo would look to give M1 GT Racing their first win of the season. The young Canadian started the event from outside row two and maintained his position for the majority of his stint. Moving around a fellow competitor to slot the R8 into the third position, Ostella would then hand the steering wheel to von Moltke. Improving one more position in the latter half of round four, Ostella and von Moltke crossed the line in the second position and celebrated with a champagne shower on the second step of the podium later that day.

Ostella continued, “The SprintX is something unique and I really enjoy the format. I was able to drive the M1 GT Racing prepared Audi with two different drivers and run inside the top-five for both events. The team did a great job and worked tirelessly to improve the speed and reliability of our car and our pit stops were second to none. I am really looking forward to the final rounds of the series and our shot at the team championship.” 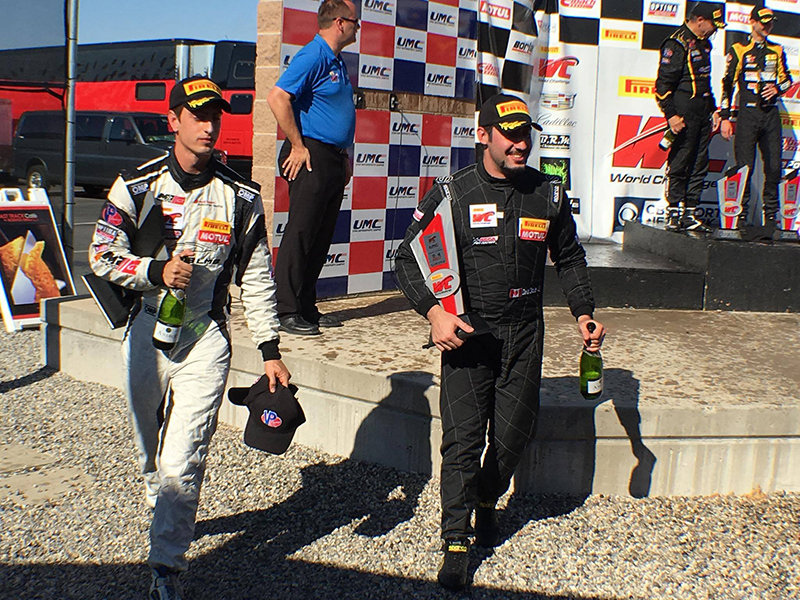 With Ostella currently tied for third in the overall driver’s championship and the M1 GT Racing squad sitting second in the team championship, the focus will now shift to Monterrey, California for the final event weekend on the Pirelli World Challenge calendar. Taking place at the famed Mazda Raceway Laguna Seca, Ostella will look to return to the top step of the podium and put the pressure on his competition for the overall series crown.