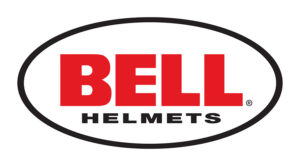 The Dan Wheldon Ambassador Award Presented by Bell Racing USA will return to the karting industry in 2018, but will undergo a change to increase the number of eligible recipients. In addition, the 2018 edition award winner will be announced on November 1, 2018 with the prize giving presentation and photos to follow.

“The Dan Wheldon Ambassador Award has become a fixture in the karting community and remains an award that honors Dan’s personality and heart for the sport,” explains RTD Media’s Mike Maurini, who took over the award from Bill Wright back in 2013. “Knowing Dan on both a business and personal level, he was always about the sport itself and not a specific series, brand or make. After considering all avenues for the program, we felt that changing the criteria slightly would make almost the entire karting industry available for the award, something that I think Dan would have hoped for.”

While the past eligibility required potential winners to compete at the annual Florida Winter Tour, the new criteria simply requires the potential recipient to be a member of the karting industry in general. Although drivers are the most prominent part of any series, success in karting requires groups of individuals including parents, tuners, mechanics, coaches, team managers, business owners, importers, track owners and event promoters.

“Dan was a great friend to the Bell Racing USA family, our staff, and myself,” expressed Chris Wheeler. “The passion he shared for karting was unmatched and to be associated with Dan, the karting community, and this award is truly special to all of us. Just like it was for Dan, karting is a very important in our history and DNA, and I look forward to many years of honoring Dan with Mike Maurini and the karting community.”

With the award winner being announced on November 1, 2018, nominations must be submitted to Mike@RaceTechDevelopment.com anytime between June 1 and October 15, 2018. The award recipient will receive a personalized trophy/plaque in addition to a copy of the Michael Voorhees photo book “Dan Wheldon Lion Heart”, created by Michael and Dan for Dan’s parents and fans as well as a swag bag from Bell Helmets.