The 2017 season has begun for Team CRP Racing. The Ohio based squad kicked off their season last week at the first round of the World Karting Association (WKA) Manufacturers Cup at the famed Daytona International Speedway. CRP drivers put on an impressive showing at the season opener, taking home a win and multiple top-15 finishes in a competitive field of drivers. 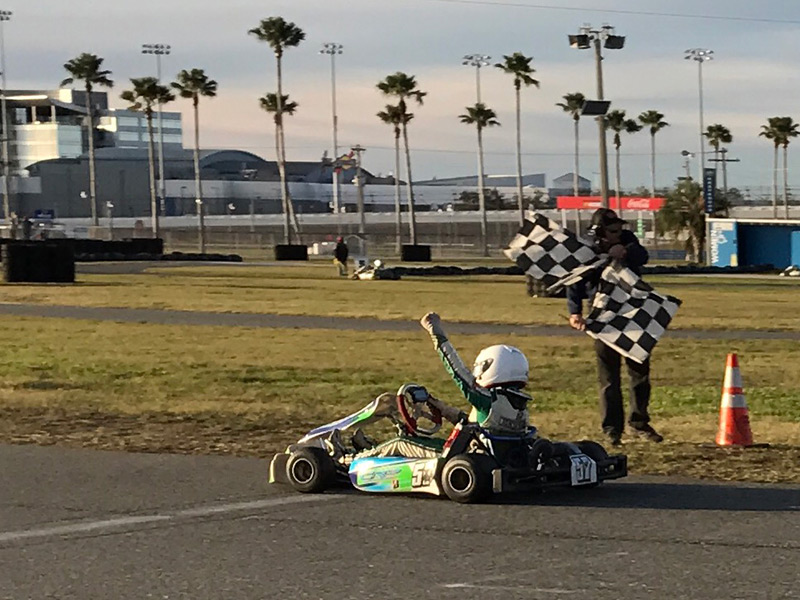 The CRP contingent of drivers was a constant force throughout the week in the TaG Junior field. Cody Krucker ran in the top-ten throughout day one, but a mechanical failure in the final forced him to retire early. He faced another round of bad luck in the prefinal on day two, but came back fighting in the final. After going from 23rd to 13th on the first lap, Krucker had one of the best drives of his life, ending the day with an eighth place finish. Teammate Tyler Gonzalez also faced some tough luck at the start of his week when an injury prevented him from qualifying, forcing him to start at the rear of the field for the prefinal. Although he had the speed to fight his way through the field, a mechanical issue in the final would end his race early. Gonzalez came back on day two looking for redemption, securing the pole in qualifying and winning in both the prefinal and final in dominating fashion.

Devin Gomez and Tyler Maxson also tossed their hats in the mix in the TaG Junior category. Gomez began the event with a seventh place qualifying effort on day one. The prefinal and final posed unlucky for the CRP driver, ending his day in the 21st position. Gomez ended day two early after sustaining a shoulder injury from a wreck on lap one of the prefinal. Maxson kicked off his season with a third place effort in qualifying on day one, followed by a second place prefinal finish. After a rough battle in the final, he came home with a tenth place finish. On day two, Maxson once again started strong by qualifying second. Coming from a rough battle in the prefinal, he gained numerous positions in the final, ending the day in 13th. 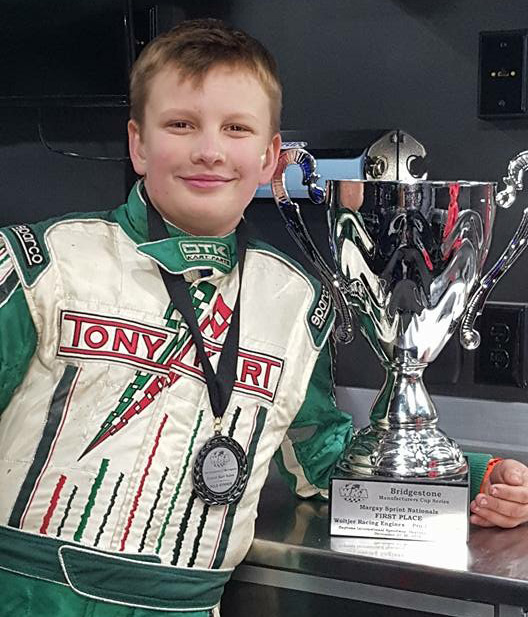 In the Yamaha Sportsman class, CRP pilots Riley Erickson and Owen Mahle showed impressive speed throughout the event. Erickson qualified tenth on day one, staying consistent throughout the day and brought home a 12th place finish in the final. On day two, she once again claimed a 12th place finish in the final, posting times faster than the winner of the race. Mahle qualified in the top-15 on both days, proving his consistency. Ending his day early on day one with a mechanical failure in the final, Mahle brought home a 14th place finish on the second of two event days to close out his week.

“It was a good way to start the season but we are hungry for more,” explained CRP’s Brian Erickson. “We will enjoy a little time off before, but will be back aiming for the top step of the podium as we continue to make a name for ourselves at the next round of the WKA Winter Cup program in Jacksonville, Florida.”

CRP is also pleased to announce their series of competition in 2017. Focusing on two national campaigns, CRP will compete at the WKA Manufacturers Cup, WKA Winter Cup and the SuperKarts! USA Pro Tour. Housing a team of only six drivers to provide the utmost in customer support and satisfaction, CRP will also offer transportation and tent services, product support and as well as arrive and drive programs.