It has been a year of change at Team CRP Racing. That change has been for the better as change has turned into race wins and a national championship. Completing their national karting season this past weekend at the final round of the World Karting Association (WKA) Manufacturer’s Cup at New Castle Motorsports Park (NCMP), Team CRP Racing started to build a solid foundation for a great team resume by securing pole positions, victories and a national title.

“I would like to thank all of the Team CRP drivers, mechanics, families and supporters for a successful 2016 campaign,” explained Brian Erickson, Owner of Team CRP. “Our results this past weekend were a great way to close out our 2016 season.”

The most dominant driver of the weekend was Team CRP’s Tyler Gonzalez. Having only competed with the IAME X30 Junior package on one previous occasion, Gonzalez took the WKA National Championship event by storm claiming the top position in each and every on track session. Known as “The Machine” by his peers and fellow drivers in the paddock, Gonzalez claimed two pole positions, four heat race wins and two main event victories on route to a perfect weekend in the Pro IAME Junior class. 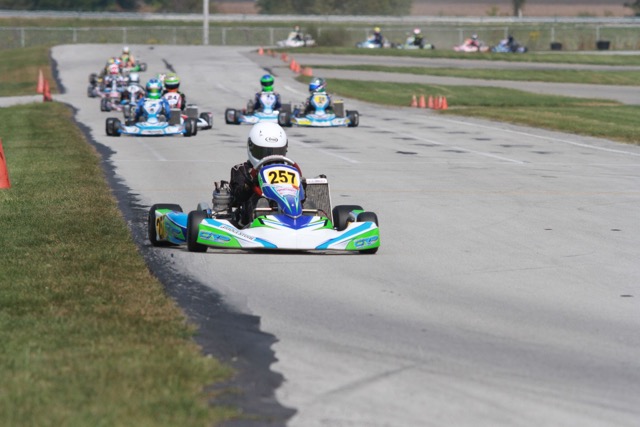 “We started the year on the Top Kart brand and made the switch to the Kosmic Kart by OTK in the middle of the season,” explained Brian Erickson, Owner of Team CRP Racing. “This was a tough decision for me as I respect Top Kart USA and the McLaughlin family. I have the utmost respect for them and their operation and consider them to be great friends but needed to fill the needs desired by my customer base and a void in the market.”

In 2017, Team CRP will continue to support the WKA program as plans to compete in both the Manufacturer’s Cup and Winter Cup programs are progressing. Any interested drivers looking to compete in these two series are asked to contact Brian Erickson for more information.