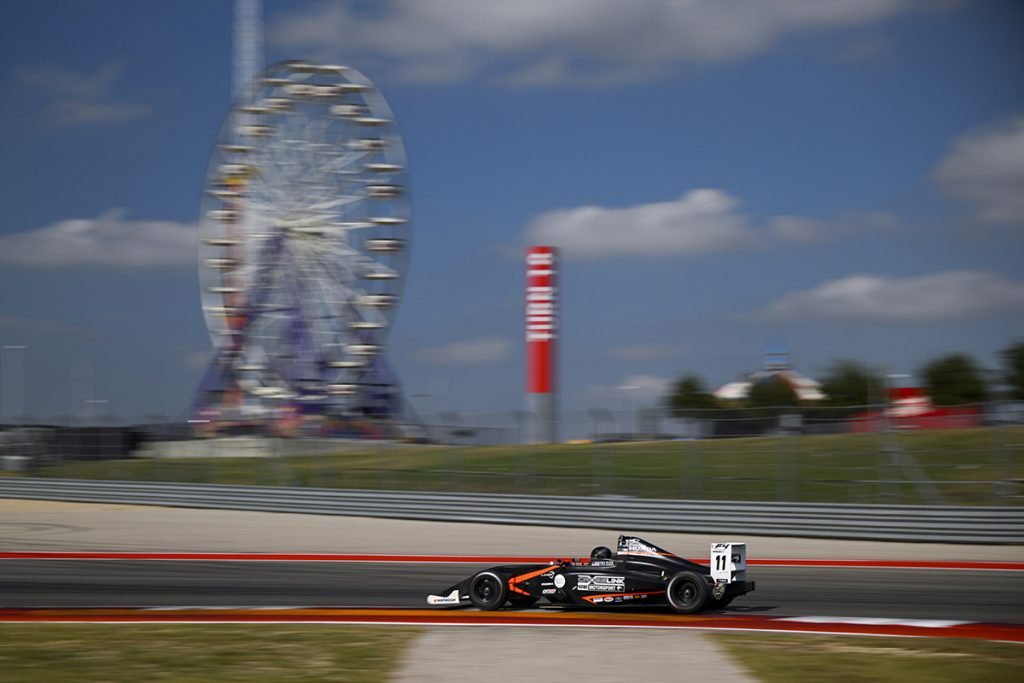 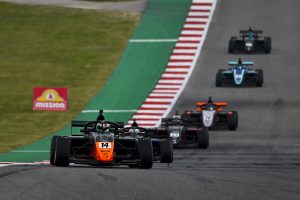 Bryson Morris led the way for Crosslink Kiwi Motorsport in F4 qualifying as the Texas-based program put five drivers inside the top-ten. With Morris securing the team’s best result in third, Cole Kleck qualified sixth ahead of Austinite Ryan Shehan who slotted into seventh, Gabriel Fonseca into eighth, and series newcomer Titus Sherlock in tenth. Lucas Fecury finished just outside the top-ten in P11 while Maddy Aust would look to work her way forward and fight for championship points. On the FR Americas side of the program, Dylan Tavella led the quartet of Crosslink Kiwi Motorsport drivers to green with a third-place effort in qualifying as Ryan Yardley narrowly missed the top-five to earn the sixth place starting position. Cooper Becklin would line up ninth on the grid alongside teammate Kevin Janzen in P10 for race one. 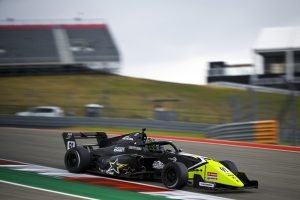 It was a trio of Crosslink Kiwi Motorsport drivers in the top-ten after the first F4 race of the weekend with Bryson Morris leading the way to stand on the podium in third. Local driver Ryan Shehan was fifth on track to continue his upward trend and keep his name in the fight for the title. Cole Kleck finished seventh on track but was promoted to fifth on the results sheets to earn the best finish for the team following penalties and his best result. Fonseca used a strong qualifying performance to elevate his positioning at the end of the nine-lap race to finish eighth while Fecury fell just outside the points to 13th ahead of Aust who ended her first race of the weekend in 23rd. Following the first race of the weekend, Morris and Shehan were both hit with time penalties dropping them to sixth and ninth respectively but promoting Fonseca to the seventh position. 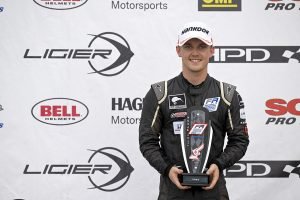 In the first FR Americas race, it was Tavella who leveled up one position from his P3 qualifying effort to stand on the second step of the podium. With the championship out of site based on the finishing results, Tavella was focused the rest of the weekend on bringing Crosslink Kiwi Motorsport Vice Championship honors. Yardley continued the presence of the Crosslink Kiwi drivers in the top-five with a solid fourth-place effort while Cooper Becklin moved forward to finish race one in seventh, just ahead of Masters runner Kevin Janzen in tenth. Following the race, Yardley was promoted to the third step of the podium after penalties were assessed adding another trophy to the Crosslink Kiwi Motorsport program.

Bryson Morris made it two-for-two on podium results for the day as he found himself in the second position when the checkered flag flew for race two. Solidifying his quest for the championship, Morris would race for the title on Friday. Gabriel Fonseca made it a powerful showing for Crosslink Kiwi Motorsport with a fifth-place finish as he finished just ahead of teammate Shehan in the #66 entry. Titus Sherlock put four team drivers in the top-ten with some great wheel-to-wheel battles to finish sixth while Cole Kleck was 12th, Lucas Fecury finished 17th and Maddy Aust had her best result of the weekend. Another time penalty for track limits violation in race two for Morris dropped him from third to seventh on the results sheets while Shehan was the victim of an on-track contact penalty that dropped him outside the top-ten. Fonseca and Sherlock would be the benefactors of their teammates’ penalties and were promoted to fourth and sixth when the results were made official. 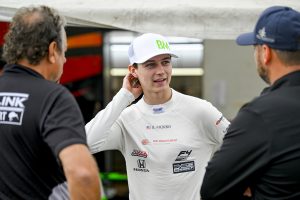 Dylan Tavella added another podium result in the second FR Americas event of the weekend as he just beat Ryan Yardley to put team drivers third and fourth on the results sheets. Kevin Janzen scored one of his best results of the season as he crossed the line in the eighth position, just ahead of Cooper Becklin who was forced to retire on lap eleven and was classified in the ninth position.

Crosslink Kiwi Motorsport put five drivers in the top-ten in the third and final race of the weekend which was also the final race of the 2022 season. With a damp track and wet weather tires, Gabriel Fonseca led the way for the team with a P4 effort. Ryan Shehan ended his season in fifth while Cole Kleck finished his series debut weekend in sixth. Titus Sherlock crossed the stripe in eighth with Lucas Fecury crossing the line in tenth as the Texas-based program flexed its muscles. While Bryson Morris was forced to retire from the final race of the season on lap three, Maddy Aust closed her season in 22nd. 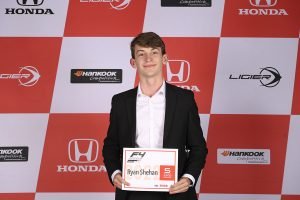 It was Ryan Yardley who put Crosslink Kiwi Motorsport on the podium in the final FR Americas race of the season, earning one of the fastest laps of the race to come home third. Cooper Becklin put a pair of team drivers in the top-five again with a P5 result while 2022 Vice-Champion Dylan Tavella ended his season seventh and Kevin Janzen was ninth.

With the 2022 season now complete, Crosslink Kiwi Motorsport earned their fourth career F4 Team Championship and will now shift the focus to their 2023 campaign.