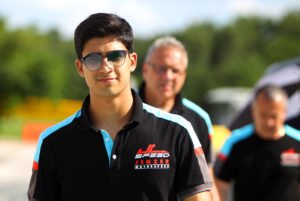 It was the fifth event weekend in the talent filled GP3 Series and American driver JM Correa was once again back in the points during both races on the weekend. Taking place at the famed Hungaroring Circuit in Budapest and running alongside the Formula One World Championship, Correa improved from Friday’s free practice session to finish seventh in race one and fifth in race two, leaving the weekend sitting 11th in the overall point standings.

“Budapest was a positive step forward for the team, and I believe that it clearly showed in our results compared to the previous couple of event weekends,” explained Correa. “This means that the team is back on the right track now, and I am really looking forward to show what we are capable of doing in the last four rounds of the championship.”

After qualifying his Jenzer Motorsport entry in the tenth position, Correa proceeded to make his way forward in the first wheel-to-wheel action of the weekend crossing the line in seventh when the checkered flag had flown. With the top eight results inverted for the starting order in race two, Correa’s seventh place finish would line him up second as he looked to garner a podium result and build momentum towards the next round.

Starting on the outside of the front row, Correa had slight contact during the opening corner and immediately dropped two places. Working hard to maintain his position, the American managed to secure a fifth place result, his second best finish of 2018 and his first time gaining points in both events since the opening round of the championship. 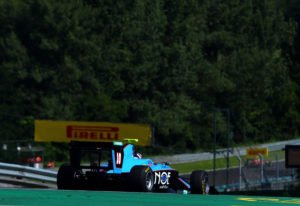 Correa continued, “I am excited for the next double header as we have back-to-back events in both Spa and Monza and believe that we can challenge for the results that we deserve.”

The next GP3 Series event will take place this in two weeks’ time on August 24-26 at the Spa-Francorchamps circuit in Belgium.