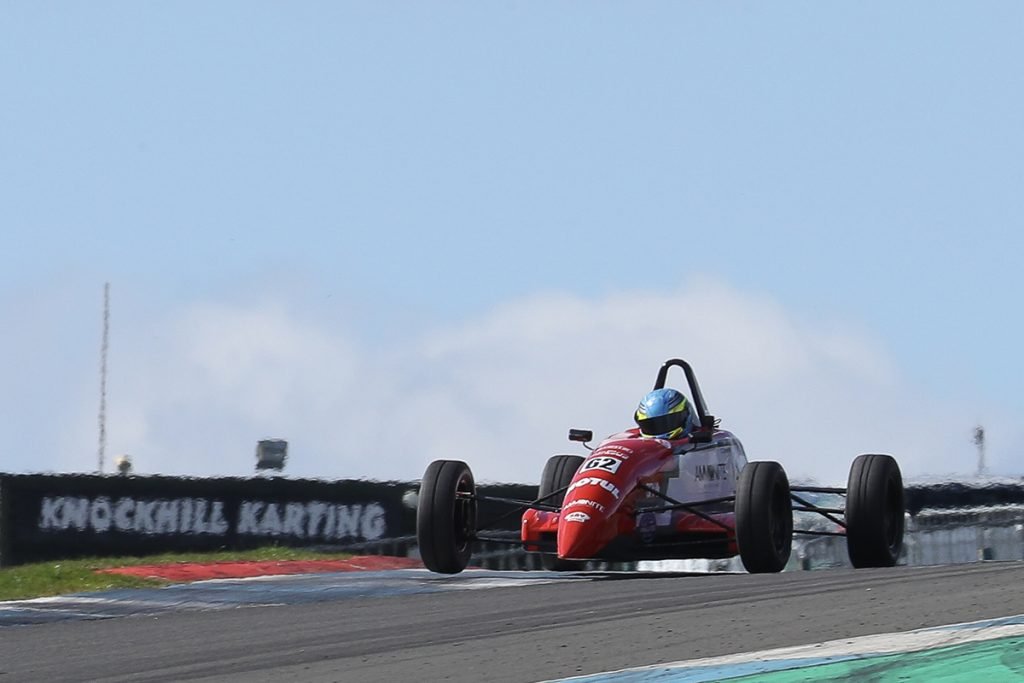 American Colin Queen earned his first career BRSCC National Formula Ford 1600 victory this past weekend at the Knockhill Racing Circuit in the UK. Piloting for the new outfit of Ammonite Motorsport, Queen earned a pair of top-five results including a victory, the first for both Queen and his team in the BSRCC F1600 program. 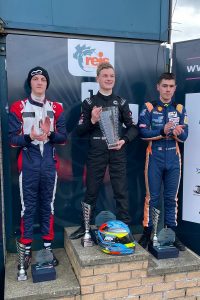 “It is an absolute honor winning the prestigious David Leslie Trophy this past weekend. This marks my first BRSCC National Formula Ford win and surely one I’ll never forget,” expressed a delighted Colin Queen. “Good hard racing all weekend and a huge thanks to Ammonite Motorsport and the crew for the support and providing me a wicked fast car. Thank you to Motul USA, Children’s Hospital of Los Angeles and of course my family…we did it!”

After qualifying in the second position, Queen battled at the pointy end of the field as the high-speed game of chess played out over the full race distance. With a chance to be the first to the checkered flag, Queen and his Ammonite Motorsport entry made the move on the final lap into the famed McIntyre corner passing the well-established Jordan Dempsey for the lead. Defending when needed, Queen held his competition at bay and drove to his first career BRSCC National Formula Ford 1600 victory.

Looking to carry the race winning momentum into the second wheel-to-wheel action of the race weekend, Queen was once again at the front. Sustaining major damage while leading and dropping to ninth, the American sensation was able to battle his way back up for a top-five result and salvage some valuable championship points.

Queen added, “I was really hoping to go two-for-two on the weekend, but I knew I was in trouble with the amount of damage we had. Falling back to just inside the top-ten, I was able to drive around the problem with the car and find the speed to move forward. I was always told that consistency and determination is what wins races and I think as a team, we proved that this weekend.”