With the 2022 Pirelli GT4 America season on the horizon, Cole Ciraulo has inked a deal with Capstone Motorsports to co-pilot one of their Mercedes AMG entries. Racing alongside Kris Wilson, Ciraulo will start his season Pirelli GT4 America campaign in mid-April at the famed Sonoma Raceway in California.

“I look forward to joining Capstone Motorsports for the 2022 season and getting behind the wheel of a Mercedes AMG GT4 machine,” expressed Ciraulo. “A huge thanks to Capstone Motorsports, John Allen, Kris Wilson and everyone else who has made this dream a reality.” 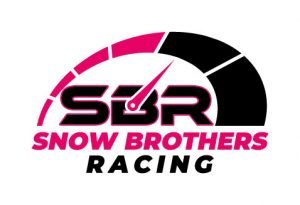 Going into his tenth season of racing, Ciraulo started his career like many others, in karting. After progressing through the ranks and transitioning into cars at the age of thirteen, Ciraulo continued to show that he had what it takes to make a career in motorsports. Making his SRO Motorsports Group debut in the TCA class, Cole took the year to adjust to professional racing before again leveling up the following season to the GT4 ranks behind the wheel of a BMW M4. Earning his first win and many podium results, Cole scored a second-place result in the 2021 GT4 America Championship with co-driver Tim Barber. Going into his fourth season as a professional, Ciraulo is excited to partner with Capstone Motorsports. This year Cole will be racing alongside Kris Wilson in the Mercedes Benz AMG GT4.

Capstone Motorsports is owned by John Allen who is a proud graduate of the University of Alabama where he completed his Bachelor of Science in Electrical Engineering in 1979. After three decades of serving in the US Air Force Reserves and the Aerospace/Defense industry, John was very excited to launch Capstone Motorsports in 2020, where he offers motorsports internships to University of Alabama engineering students.

“We welcome Cole to the Capstone Motorsports family and look forward to watching him compete this year,” explained Team Owner John Allen. “Cole is co-driving with a real legend so I am confident that the youth and exuberance he brings to the program will fit well with the experience and professionalism of Kris.”

Co-driving with Kris Wilson, the motorsports legend brings more than forty years of experience to the driver’s seat and is a top tier competitor and coach.

“I look forward to racing alongside Cole in 2022,” added Wilson. “I bring a lot of experience, but I am certain I can learn some from his drive and determination for success. It is going to be a good year.”