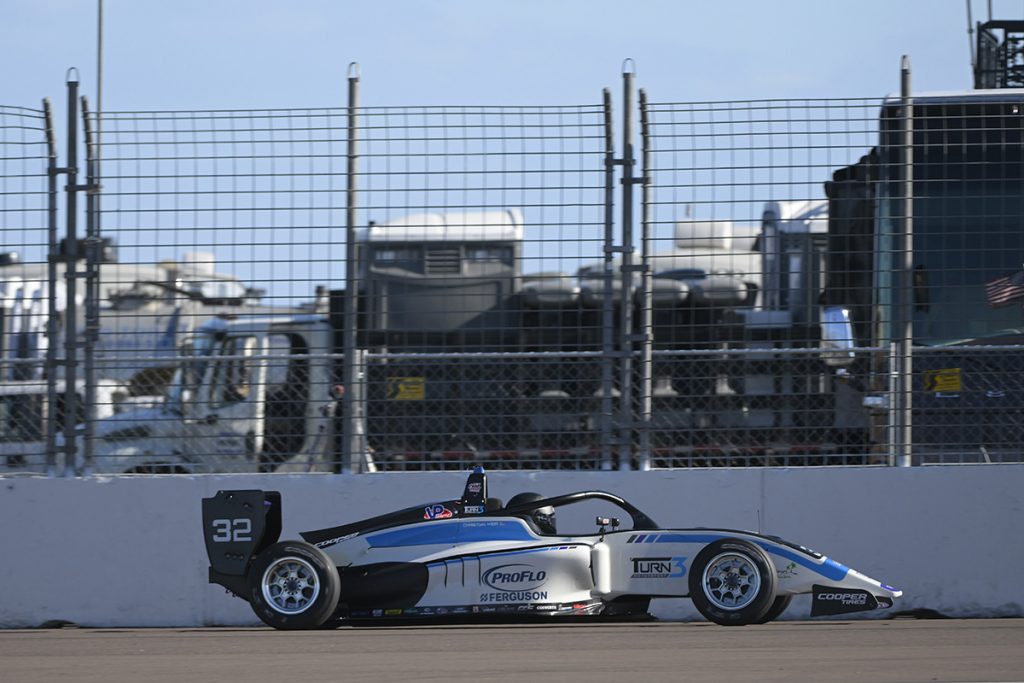 It was the kickoff event of the 2022 USF2000 Championship Presented by Cooper Tires as Christian Weir took on the Streets of St. Petersburg. Racing out of the Turn 3 Motorsport camp, Weir netted himself a top-ten result in race one as he showed pace throughout the event weekend despite missing several months of winter testing due to a broken back. 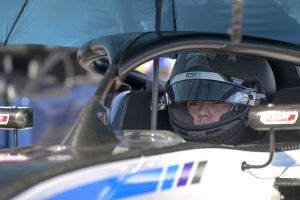 “It was a good start to the year and really only my fourth day in the car since breaking my back last year,” expressed Christian Weir. “No excuse by any means, but the USF grid is quite competitive and to run in the top-ten was mission number one. Now we will shoot for top-five results, podiums and race wins as we move forward through the year.”

Kicking off the on track action on Thursday with the one and only practice session around the barrier lined circuit, Christian Weir entered Friday for his first qualifying session and wheel-to-wheel race of the season. With a strong field of nineteen drivers and a very limited test schedule due to a broken back late in 2021, Weir qualified his Turn 3 Motorsport entry in the 12th position. Friday afternoon would see the first green flag of season and Weir was able to show his racing prowess and advance forward two positions. Closing the 20-lap race in the tenth position, Weir earned his first top-ten result of the season and would shift his focus to round two on Sunday.

Returning to a packed house on Sunday morning, Weir and the rest of the USF2000 field would compete after the Indy Lights race and just prior to the first NTT INDYCAR Series race of the season. With a chance to race in front thousands of spectators, Weir was a victim of unfortunate circumstances on lap seven as he was caught up in five car wreck that took him out of contention.

“Race one went well to earn a top-ten result and while we were hoping for more in race two, it just was not meant to be,” explained Weir. “The good thing is the car is not too badly damaged and we will be back on track soon. A huge thanks to Turn 3 Motorsports and Richard Lyons for all the help and support throughout the race weekend.”