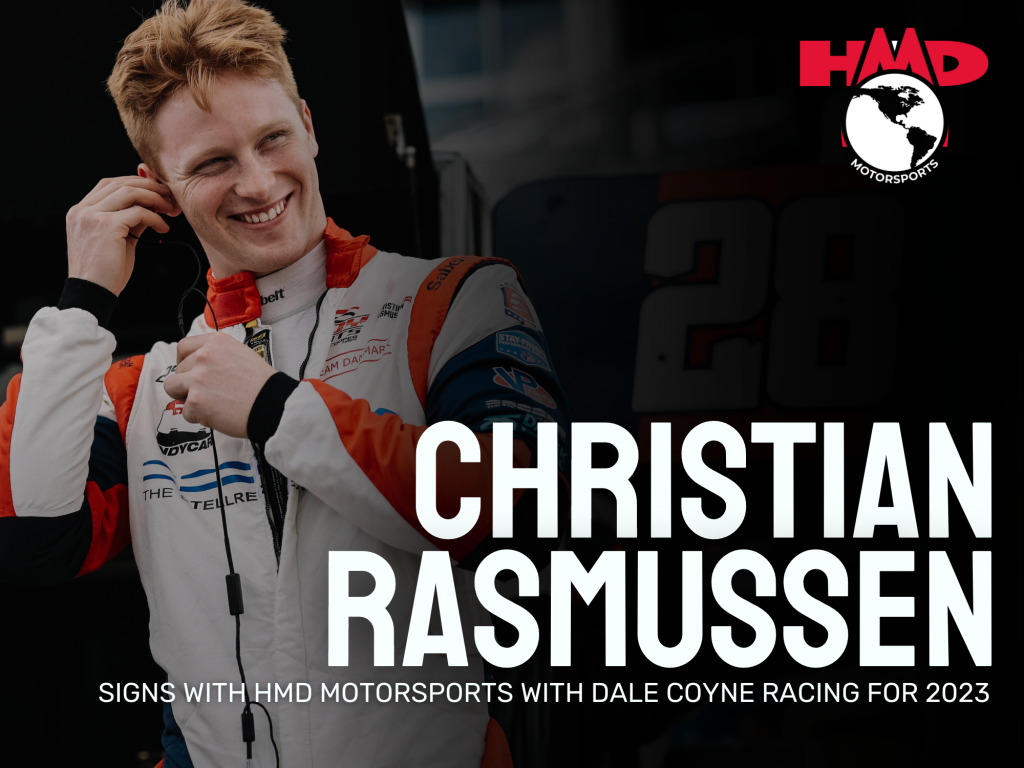 A championship-winning driver in the Road to Indy, Christian Rasmussen will be returning to the Indy Lights program for the second season in 2023 – this time with the championship-winning team, HMD Motorsports with Dale Coyne Racing in the #6 entry. As the fourth driver announced for HMD Motorsports, Rasmussen will be one of eight drivers entered by the team.

“I am excited to get a new year of Indy Lights racing going and look forward to joining HMD Motorsports,” expressed Christian Rasmussen. “I learned a lot last year in my rookie season and was able to score a pair of victories. I am excited to work with everyone at HMD including my new engineer Yancy (Diotalevi) as we aim to hit the ground running on our first two test days later this month.”

Last season, Rasmussen entered his first Indy Lights season where he finished sixth in the championship after claiming two wins and three additional podiums. Ending the 2022 season strong, Rasmussen carries momentum into 2023 as the most recent race winner claiming the pole position and finishing on the podium’s top step in the season’s finale race at the WeatherTech Raceway Laguna Seca.

With a combined total of 21 wins, 13 additional podiums, and eight pole positions throughout his tenure in the Road to Indy, Rasmussen is sure to be a championship contender in the upcoming Indy Lights season and will bring an additional year of experience to the team.

“I am confident that Christian will be a championship contender in one of our cars,” explained HMD General Manager Mike Maurini. “Coming off a pair of wins in 2022, showing speed at several races, and now with a year’s worth of experience, we have very high hopes for Christian.”

Stay tuned for more news from HMD Motorsports in the very near future.