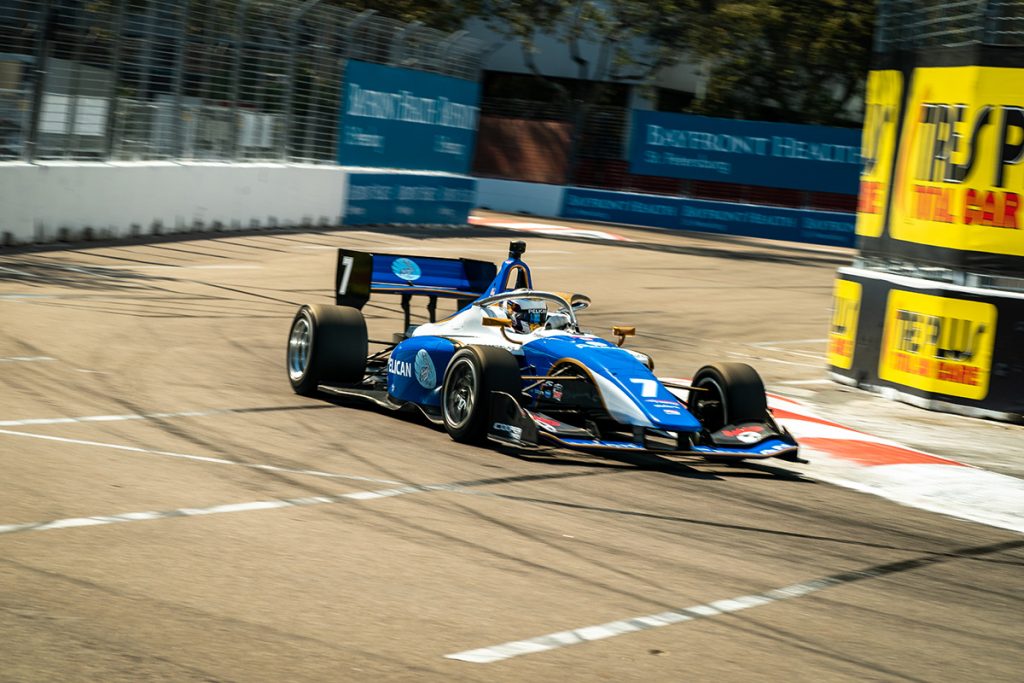 Christian Bogle began his sophomore season of the Indy Lights Presented by Cooper Tires Championship this past weekend at the Grand Prix of St. Petersburg. In a change from last season, Bogle is now driving his #7 Dallara IL-15 for HMD Motorsports with Dale Coyne Racing alongside four teammates as all five HMD Motorsports drivers finished in the top-ten. 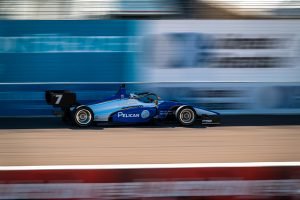 After multiple tests with the team leading up to the season opener, Bogle had a newfound confidence heading into the first race weekend. In a field of fourteen cars, Bogle finished the first practice session in eleventh on Friday morning.  Later that afternoon, drivers went out for a 30-minute qualifying session, where Bogle found some pace and qualified in eighth, despite making an error on his fastest race lap that would have seen him on the outside of row three. That evening, the Indy Lights field took to the track for the third time that day for one final practice session.

Drivers then had a rest day on Saturday with no on-track activity, giving Bogle a chance to rest and focus on the impending race scheduled for Sunday morning. Throughout the day, Bogle was able to take part in a full-field autograph session in the INDCYAR Fan Village and to participate in a driver Q&A on stage at Fan Fest on Saturday afternoon.

In the start of the race, Bogle initially fell back through the field in the opening lap. By lap two, Bogle found himself in a tight four-car battle with James Roe, Ernie Francis Jr., and Antonio Serravalle. After eventually falling to the back of the field due to a minor spin, Bogle began working his way back forward, picking up positions and taking advantage of a few caution periods. Nearing the halfway point, Bogle was back up into the top-ten and with two laps to go, moved into ninth to claim his first top-ten of the season. 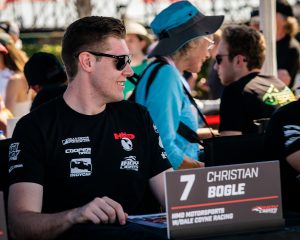 “Looking back, I’m pretty happy with the pace we showed in St Pete,” Bogle said.  “It was a bit of a difficult race, but there were definitely positives to take from it. Now I am looking forward to carrying our momentum to Barber for the next rounds of the season!”