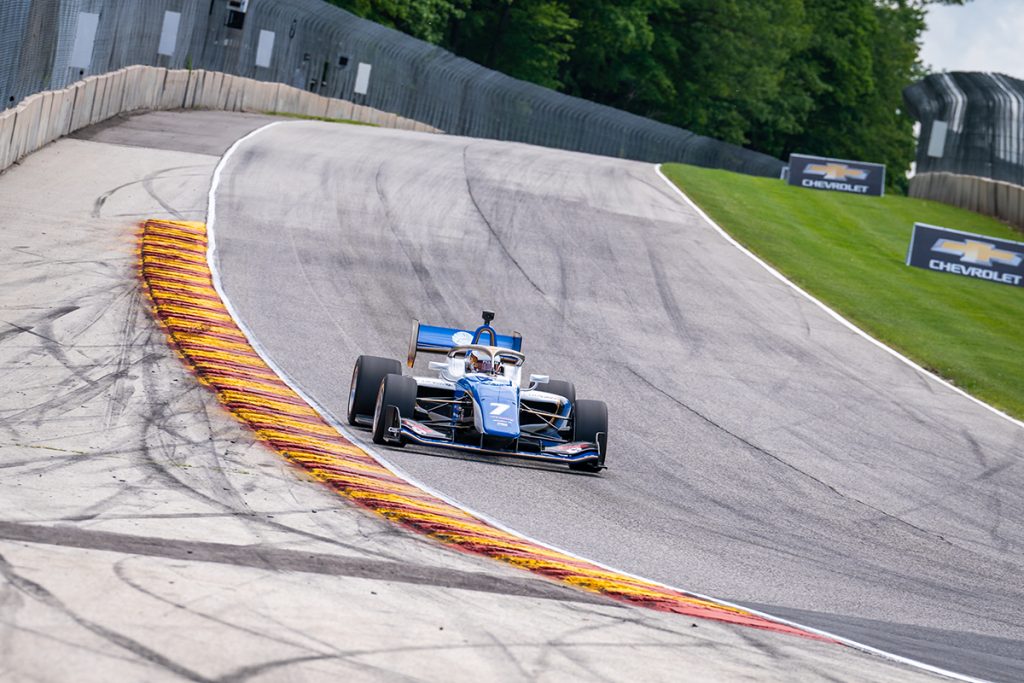 Weather and tires played a major role in this past weekend’s Indy Lights Presented by Cooper Tires race at Road America. A mix of sunny and hot conditions on Friday parted ways for cooler air and fast speeds over the weekend as the Indy Lights program crossed the halfway mark of their fourteen race schedule. Claiming the fastest lap time in practice two was Christian Bogle, driver of the #7 Pelican Energy Consultants backed HMD Motorsports car, who had an eventful weekend in the Indy Lights Grand Prix of Road America. 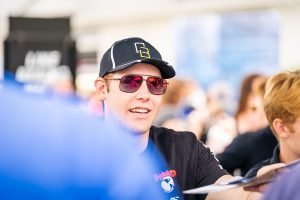 Entering qualifying on used tires and colder track temperatures than previous practice sessions, Bogle was hoping to repeat his speed from practice two where he topped the charts. Despite earning the fastest lap out of thirteen cars in the second practice of the weekend, Bogle qualified eleventh starting on the inside of row six for the race Sunday morning.

The green flag flew for the Indy Lights Grand Prix at Road America at 9:40am and shortly after was met with a yellow flag after an opponent went off track. Making his way up the field in the short stints of green flag racing between caution laps, Bogle was on his way to another top-ten finish before disaster would strike. Halfway through the race and on lap ten, an unusual incident happened at the braking zone for the famous turn five. As Bogle entered the high-speed braking zone, contact with the entry curb sent the #7 machine launching into the air and into the catch fence. Causing a yellow flag, and eventually a red, Bogle was transported to the medical center where he was checked, cleared and released.

“Luckily, I was able to walk out of the car with no serious injuries. It was an unusual accident where the car and the curb met at the right angle to cause serious damage to the car,” says Bogle, “I just want to give a huge thank you to the AMR Safety Team for their quick response, Dallara for providing a safe car, INDYCAR as well as my team and competitors who all came to check on me. Now we will focus on getting the car ready for our test in Iowa next week and Mid-Ohio event in two weeks’ time.”

HMD Motorsports and Christian Bogle will now shift their focus to the next Indy Lights event towards the end of the month at Mid-Ohio Sports Car Course. Taking place from Thursday, June 30 to Sunday, July 3, Indy Lights will return for a single-race weekend.