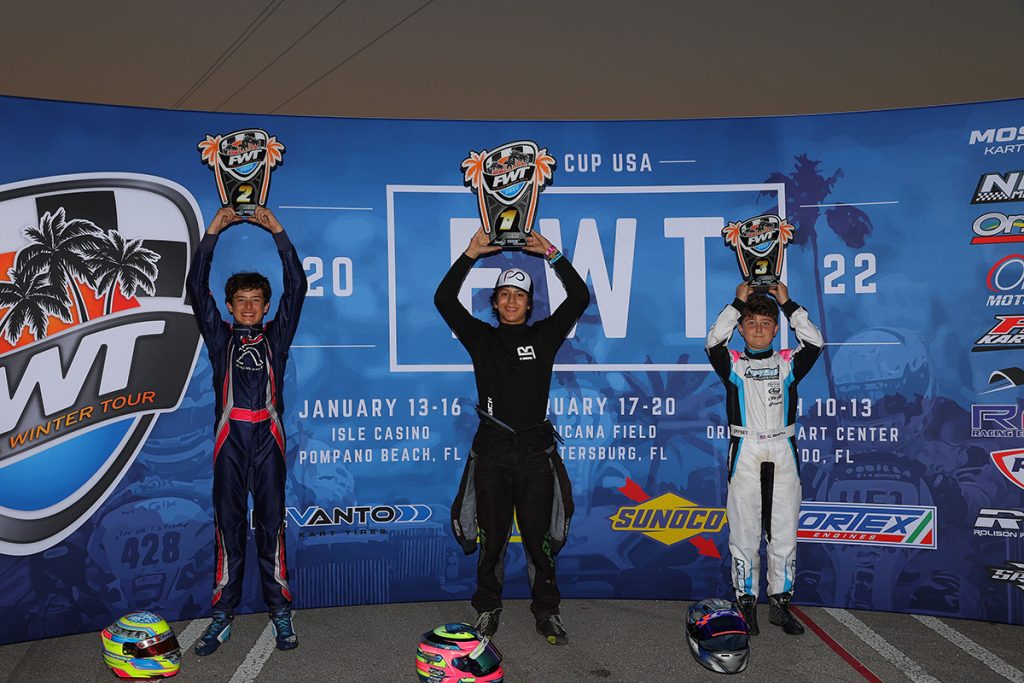 It was a podium winning weekend for Charlie Smith and the Smith Factory Racing driver at the opening round of the ROK Cup Promotions Florida Winter Tour over the January 14-16 weekend. Taking place on a temporary circuit on the grounds of the Isle Casino in Pompano Beach, Florida, Smith drove to a third-place finish in the VLR Junior category as he was in the hunt for a podium result all weekend long. 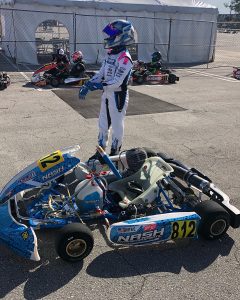 In a weekend that featured an incoming weather system that forced ROK Cup USA officials to make drastic changes to the event schedule, the four-day weekend was shortened to three for the safety of the teams and competitors. With only one day of practice on Thursday, it was straight into qualifying and a pair of heat races on Friday in which Smith, racing under the Nash Motorsportz banner, never ran outside the top-five. Qualifying in the third position and starting his two heat races from the inside of row two, the multi-time karting champion finished third and fourth in the two heat races and maintained his third place starting spot for Saturday’s prefinal.

Returning to the track on Saturday morning, a single warmup session led into the first wheel-to-wheel action of the day. Looking to maintain his P3 starting spot or move forward to better his chances for victory in the main event, Smith unfortunately fell back bought fought hard to salvage a fifth-place result, 3.872 in arrears of the eventual prefinal winner.

The main event would see Smith pilot his Nash Motorsportz branded EOS kart to a podium finish in his first national level junior race since advancing from the Mini ranks at the end of 2021. Though Smith did not have the speed in the VLR Junior final to battle for the win, he did manage to be the best of the rest and celebrated on the third step of the podium at the end of the day. 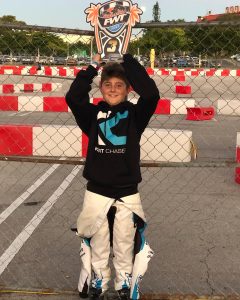 “It was a great weekend and a solid start to a new season of racing,” explained Charlie Smith, who is supported by TruSpeed Auto Sport and SDH Engineering. “While third was the best we could do this weekend, I will look to better my performances at the next event. A big thank you to Jesus Vasquez and P1 Engines for a putting together a great engine package, Seth Nash and Nash Motorsportz, my mechanic Brent Wright and coach Chris Wehrheim for all of their help, hard work and support.”

Looking to take advantage of his momentum and build his experience, knowledge and racecraft in the junior ranks, Charlie Smith will travel to Tucson, Arizona for the opening round of the Challenge of the Americas this weekend. Looking to add to his results resume, Smith will do battle in the 100cc Junior class before he shifts his focus back to the second round of the Florida Winter Tour in mid-February.