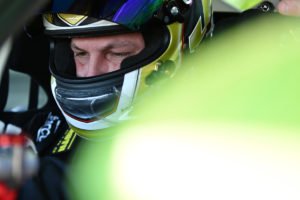 Competing at one of his favorite circuits in the country, Pirelli GT4 America competitor Jason Bell was hoping that he could take his GMG Racing Porsche to one of the three steps on the podium. However, the story was much different at the Virginia International Raceway (VIR), as Bell, along with many others ran into some unexplained issues that forced them to the pits early and often over the weekend.

“It was disappointing to have a tire issue effect our overall results and even more frustrating to have to adjust our driving to compensate for these issues,” explained Bell. “After a flat tire forced me to the pits on Saturday late in the race, taking away a top-ten result, there was nothing we could do on Sunday but slow down, conserve tires and just try and make it to the end of the race.”

After qualifying ninth in class and 15th overall on Saturday morning, Bell maintained the position in race one on the weekend as his GMG Porsche Cayman ran inside the top-ten. Battling hard with class competitors, Bell was forced to the pits late in the race.

Bell continued, “This was only my second weekend driving the Porsche, and I felt that we had made big gains in speed and performance. Saturday proved that our pace was much better than before but unfortunately, on Sunday, we were unable to show that speed as I was advised to drive a certain speed to take care of the tires.”

After being classified in 14th on Saturday, Bell rebounded on Sunday and drove to a ninth place result all while managing and conserving his tires.

The next event on the Jason Bell Racing schedule will see the GMG Racing driver travel north of the border to Canada to compete at the Canadian Tire Motorsports Park in Bowmanville, Ontario. Over the May 17-19 weekend.