CARL BENNETT SCORES POINTS IN TWO RACES THIS PAST WEEKEND 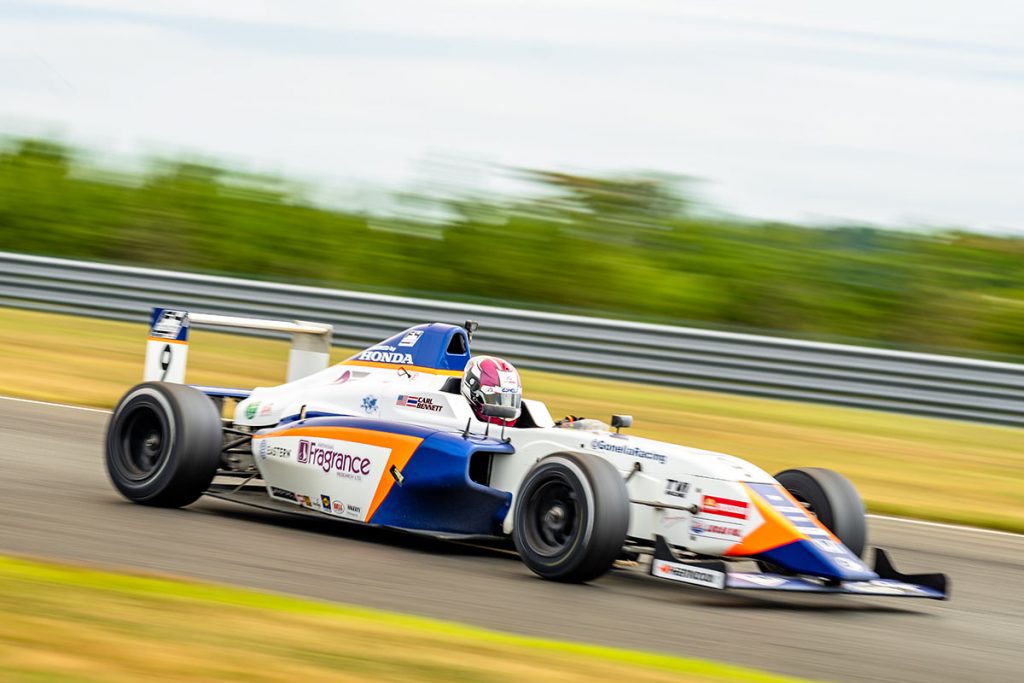 It was a trip to the New Jersey Motorsports Park (NJMP) for Gonella Racing driver Carl Bennett as he continued his development program in the F4 United States Championship Powered by Honda. With a pair of days to get up to speed, rounds ten, eleven, and twelve would take place over Saturday and Sunday as the 2022 season enters the home stretch. 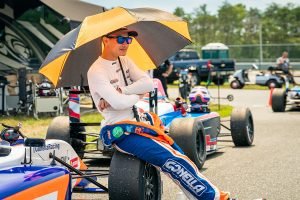 “It was a good weekend, and we managed to score points in two of three races,” explained Bennett. “We are fighting hard and constantly improving and moving up the running order. The F4 competition is high so to be where I am on the results page is refreshing. Next event, we will reset goals and see if we can earn a top-five finish.”

After qualifying in the tenth position, Bennett looked to move forward in the first wheel-to-wheel action of the weekend on Saturday afternoon. After battling hard in a point-scoring position, Bennett fell one spot throughout the 21-lap race to cross the line in 11th.

The Amerasian Fragrance Research backed driver continued, “It wasn’t the race we wanted or were hoping for, but we have two more chances tomorrow in races two and three of the weekend.”

Race two would see Bennett cross the stripe in the 11th position once again but elevated to tenth after post-race penalties were processed. With a fellow competitor earning a 30-second time penalty due to an incident on track, Carl Bennett was moved forward one position to be classified tenth and score one more championship point towards his season-long total.

Race three on the weekend saw Bennett begin his final wheel-to-wheel action of the weekend with the hopes of even greater improvement on the results sheets. In a race that featured 19 laps and several caution periods, Bennett was able to prove his prowess as he moved forward into the top-ten. Finishing eighth and adding additional points to his championship total, Carl Bennett was the highest finishing Gonella Racing driver.

Bennett added, “Thank you Gonella Racing and Amerasian Fragrance Research for all the help and support. I look forward to making you both proud in the weekends to come.”

The next stop for Carl Bennett will be over the October 6-8 weekend at Virginia International Raceway.

For more information, news, photos, and results for Carl Bennett, please follow him on his social media channels by searching Carl Bennett.